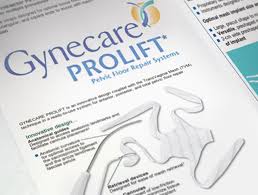 A Bergen County, NJ, jury awarded $15 million to a New Jersey woman who sued Johnson & Johnson after receiving a defective pelvic mesh implant in 2008 that left her in chronic pain

The jury found that one of the two Prolift pelvic mesh devices that plaintiff Elizabeth Hrymoc, of South River, NJ, received in 2008, was defective. It ruled that Ethicon, the Johnson & Johnson subsidiary that designed the product, failed to adequately warn the woman about the severe chronic pain she suffered.

The jury awarded Hrymoc $4 million for pain and suffering and $1 million for loss of conjugal affection, and assessed $10 million in punitive damages against Johnson & Johnson.

Thursday’s verdict is the second in a bellwether pelvic mesh case in New Jersey. It follows another for $11 million that was awarded in 2014. That verdict was later upheld by the Appellate Division, and the Supreme Court declined to take up the case.

The verdict came after nearly three weeks of argument and testimony in just the second pelvic mesh-related lawsuit to go to trial in New Jersey out of nearly 9,000 that are pending.

During opening arguments, plaintiffs’ attorney Adam Slater of Mazie, Slater, Katz & Freeman in Roseland, N.J., told the jury that the mesh used in the devices was defectively designed because it caused the mesh “sling” portion of the device to tighten and create tension in the pelvic area and that the mesh can harden and cause erosion.