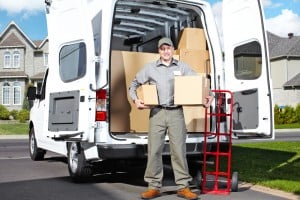 The Board concluded all relevant factors taken together, "weighed heavily in favor of employee status." With FedEx Home Delivery operating more than 500 terminals and 4,000 drivers nationwide, it is likely other driver's will raise same or similar concerns.

FedEx engaged in unfair labor practices by refusing to recognize the union as collective bargaining representatives for the Hartford drivers. There were two reasons for the Board’s decision:

In its September 30 decision, the Board noted that its ruling is not a sweeping one and other cases will be assessed individually.

The Board ruled the drivers were not independent contractors. It stated that an actual entrepreneurial opportunity is one which produces gains or losses. Most entrepreneurs pursue a venture to make a profit, but this wasn't possible for the Hartford FHD drivers.

FedEx significantly restrained driver's ability to have any characteristics of a business, such as advertising or serving multiple vendors. Specifically, any driver engaging in route sales had to choose FedEx approved buyers. Additionally, FedEx reserved the right unilaterally to change all routes at any time.

Citing a preceding opinion, the Board reaffirmed the principle, "if a company offers its workers entrepreneurial opportunities that they cannot realistically take, then that does not add any weight to the company's claim that the workers are independent contractors." C.C. Eastern, Inc v. NLRB, 60 F.3d 855 (D.C. Cir. 1995).

Only a small percentage of workers actually pursued the opportunity, demonstrating the activity was not a significant part of the working relationship. The mere fact that the employee's contract permitted an activity deemed entrepreneurial was not sufficient to deny statutory employee status.

No Evidence to Show Drivers Ran A Business

To serve the routes, van or trucks had to be purchased from approved vendors. The vehicles had to meet FedEx's specifications, including a backing camera and FedEx logo branding.

Realistically, the drivers could not work for other companies. Drivers were committed to FedEx from 6:00 a.m. to 8:00 p.m., Tuesday through Saturday. FedEx did not give drivers paid vacation or  holidays. However, FedEx offered a time-off program where approved drivers serviced the routes of permanent drivers while they were on vacation.

The agreement specifically stated the vehicle "shall be used by the driver exclusively for the carriage of the goods of FHD and for no other purpose." Workers' vehicles were specifically tailored for FedEx operation and had to mask the company logo before using vehicles for other reasons.

Union representatives for the drivers saw the reality behind FedEx’s actions, realizing they were offering the least amount of compensation for a large volume of time and efforts from drivers. The employer minimized the worker's control over traditional factors including compensation, equipment, employment length, training and routes.

FedEx exercised universal control over the driver's day to day work. The employer could reconfigure all routes at any time. Workers’ were required to make their vehicles available most weekdays, follow configured routes, and deliver a set amount of packages each day.

The ability to engage in sales of their routes was deemed futile. Only two drivers in the Hartford terminal's history, established in March 2000, had taken advantage of route sales. For single-route driver's selling their route meant terminating their relationship with FedEx. Drivers with multiple routes covered all necessary expenses, including wages for the workers hired. At the time of the hearing only two routes were open.

Workers did not have any independence and lacked decision-making authority associated with an independent contractor.

The Board concluded all relevant factors taken together, "weighed heavily in favor of employee status."  With FedEx Home Delivery operating more than 500 terminals and 4,000 drivers nationwide, it is likely other driver's will raise same or similar concerns.