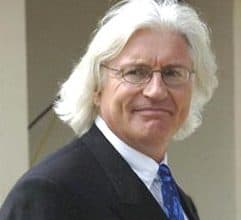 The National Trial Lawyers Criminal Defense Executive Committee member Tom Mesereau will be a featured panel speaker following the screening of a new documentary, "When Justice Isn't Just," on September 30th in Los Angeles. The film, directed by Oscar-nominated filmmaker David Massey and produced by Dawn Massey, will be shown as part of a program that begins at 4:00 pm at Norris Cinema Theatre, Frank Sinatra Hall at 3507 Trousdale Parkway in LA. Mesereau and other panel members will discuss the film and its impact immediately following the film at 5:00 pm. For more information about the event, contact Dawn Alexander at 818-830-4818 or go to www.whenjusticeisntjust.com.