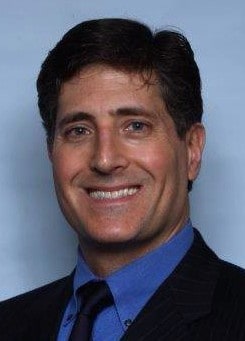 National Trial Lawyers member Michael Pasternak says he has secured a $15 million verdict in a civil rights lawsuit over the arrests and wrongful conviction of three men referred to as the "East Cleveland Three."

In 1995, Clifton Hudson was shot and killed on Strathmore Ave. in East Cleveland, Ohio. All witnesses to the murder described a single shooter on foot. Three of those witnesses were teenagers who saw the murder from inside their vehicle; those three teenagers were 17-year-olds Eugene Johnson and Laurese Glover and 16-year-old Derrick Wheatt, collectively known as the East Cleveland Three. Another witness, 14-year-old Tamika Harris, told the police that she never saw the shooters' face and could only identify the style of jacket that the shooter wore. Pasternak says East Cleveland detectives were able to shape her lack of knowledge into a positive identification, which ultimately resulted in Eugene, Derrick and Laurese being convicted of murder and sentenced to 15 years to life. Pasternak says "The egregious conduct of the officers coupled with the complete lack of evidence, motive or coherent theory was remarkable."

A few years after the trial, the state’s only eyewitness, Tamika Harris, recanted and embarked, along with attorney Brett Murner, on a crusade to clear the East Cleveland Three.  Sadly, for the appellate courts, Tamika’s recantation was not enough. But in 2013, Brett Murner and the Ohio Innocence Project uncovered proof that East Cleveland police buried evidence that corroborated the innocence of the East Cleveland Three. Finally, in 2015, after years of struggle and 20 years of imprisonment, Brett and The Ohio Innocence Project were able to win the release and cause the criminal cases to be dismissed.

Pasternak says he, along with Brett, Liz Wang and Mark Loevy-Reyes had the honor of filing and prosecuting the civil case. The case was assigned to Federal District Judge James Gwin. The plaintiffs asserted claims against the Cuyahoga County Prosecutor’s Office (which were settled prior to trial for $4,500,000) and claims against the East Cleveland detectives for hiding exculpatory evidence and the unconstitutional manipulation of Tamika Harris.  The lawsuit survived summary judgment and a trip to the 6th Circuit Court of Appeals. On November 15, 2018, the jury returned a verdict for $15,000,000, finding that the detectives violated our clients’ Constitutional rights, causing them to be wrongfully convicted.

Cleveland.com and clevescene.com have more on the verdict.