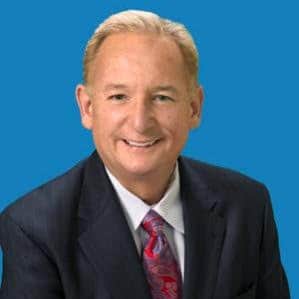 Click through the slides below as you listen to the recording.

What you will discover:

For lawyers starting a Mass Torts practice, picking the right cases and having an effective law firm marketing campaign are essential. Our presenter John Ray will update plaintiff attorneys about 5 key Mass Torts:

A Mass Tort is ordinarily a product liability case where hundreds of plaintiffs file suit against a pharmaceutical company. These cases are typically collected into one of 300 federal multi-district litigation dockets (MDLs).

Mass Torts is a multi-billion dollar immature market, with economies of scale and only a single barrier to entry. You have already overcome the barrier if you are admitted to practice law.

John Ray has been a leading consultant to the Mass Tort attorneys for more than a decade. His unique skill sets make him well suited to both teaching and consulting in the Mass Tort arena.

John’s tenure in the pharmaceutical and medical device field allowed him to gain an in-depth understanding of FDA regulatory matters, as well as, a thorough understanding of the science and epidemiology related to gaining FDA approval to market pharmaceuticals and medical devices. John’s inside knowledge of how “Big Pharma” operates gives him a unique perspective and skill sets that are very useful to Mass Tort plaintiff firms.

When John brought his “insider knowledge” and business acumen to the Plaintiff Mass Tort space, one of the first things he recognized was a lack of common terminology and well-defined metrics. John realized that firms were expressing the same concepts, but were not using the same terminology. As a result, John set out to define common terms and create methods for formulating important metrics for use by Mass Tort firms when evaluating litigations. The terminology and metrics John Ray developed are now commonly used by major Mass Tort Law firms.

John is highly sought after and writes sought-after white papers about both current and emerging torts. The accuracy of his analysis of emerging and ongoing litigations is unmatched.

The fact that John not an attorney has proven to be an asset. John thinks like a business person, employing creative problem solving and possesses an extensive set of business skills and industry-specific knowledge. He assists Mass Tort firms in making sound business decisions before and during any litigation they are involved in or are considering becoming involved in.

John is an expert at evaluating cases and looks at each tort as an individual “investment,” which can be quantified resulting in risk mitigation for you and your firm.

Contrary to popular belief, adding Mass Torts to your practice is not gambling, nor is there a secret society of Mass Tort attorneys. The only information you lack to be successful in the practice of Mass Torts is a business plan. As John says, this type of law is 80% business and 20% law. If you understand the business principles of Mass Tort law, you will be successful.