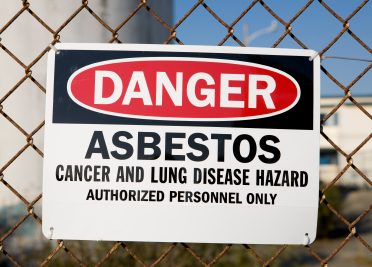 A New York Supreme Court jury awarded $12.5 million to the families of an electrician, a steamfitter and an insulator who got cancer working with and around toxic asbestos-contaminated materials.

"This case was tragic," Kraft said. "Every time I meet with our clients, invariably they have been exposed to asbestos without their knowledge and with grave consequences. All we can do to help is fight in the courtroom for their interests as hard as we can, and hold accountable the corporations who exposed them."

Patrick McCloskey was a career steamfitter and part of the Steamfitters Local 638 Union. He was present when asbestos fireproofing spray was applied during the original construction of the World Trade Center. Mario & DiBono, the company that applied the asbestos spray, was found 25 percent responsible and held to have acted with reckless disregard for the safety of those working at the site. McCloskey's estate was awarded $6 million.

A jury in Philadelphia assessed a $7.25 million verdict yesterday against nine asbestos manufacturers in a mesothelioma case. The victim, Edward Merwitz of Langhorne, PA, was diagnosed with mesothelioma in January 2010 and died six months later. The Philadelphia County jury rendered the verdict after two weeks of trial.. Carl Terry was an electrician with the International Brotherhood of Electrical Workers Local 1 Union. He worked at job sites throughout New York. Eaton/Cutler Hammer, which made asbestos-containing electrical components, was held 15 percent responsible for the $3 million awarded to the Terry estate.