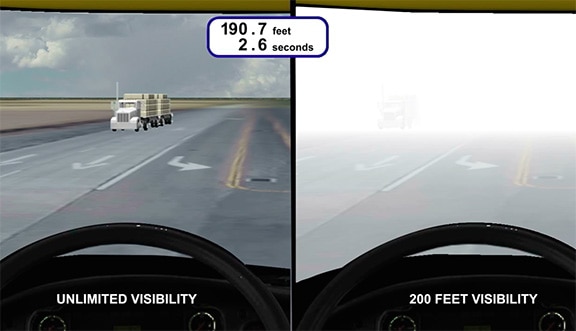 Killed in the accident were Quoc Thang Dang, his sister, ThuyTrang Thi Dang and their friend, Thanh Mhan Thi Nguyen. All of them were in Quoc’s 1999 Honda Accord on their way to work. The three left behind their spouses along with a total of 7 children.

The truck accident took place on the morning of November 27, 2012 on . Three members of a San Jose Vietnamese family were on their way to work in Dinuba, California, when their Honda was struck head on by a truck driven by Liwei Xu of Oakland.

The accident began when a big rig driven by José Luis Batres, Western Milling Company, attempted to make a left hand turn across two lanes of the freeway. Visibility was less than 200 feet. At the same time, another big rig, driven by Armando Suarez, Jr. of Semper Trucking, hauling 500-pound bales of cotton was coming from the other direction.

As it hit the fog bank the truck clipped the rear of the Batres truck and overturned, spewing bales of cotton on the highway. A few minutes later, Liwei Xu, Well Trucking, entered the fog bank as he approached Road 16 and hit the cotton bales. Mr. Xu lost control, swerved left across the median into the eastbound lanes of the highway and collided head-on with the Honda Accord killing all three occupants.

The jury found Batres 75% at fault for starting the series of collisions by making a left turn across two lanes of traffic in near zero visibility. Xu was found 25% at fault for driving so fast that when he entered the fog bank he did not have time to avoid obstructions in the roadway.

As legal immigrants to the United States, Quoc and Thuy wanted their children to receive the best education possible so they made the sacrifice by moving to San Jose and commuting to work in Dinuba. Quoc’s daughter is completing her studies at UCLA while both of Thuy’s children are now at San Jose State University. Thuy’s husband visits her grave twice a week and talks to her about the children’s achievements.