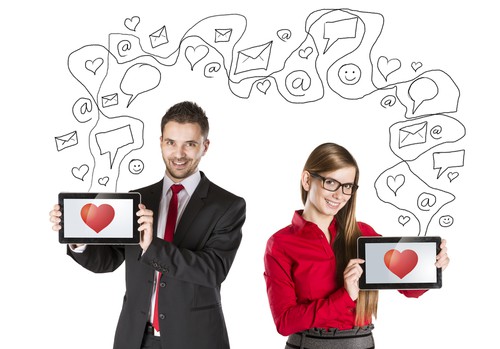 A Santa Clara County, CA, jury issued a verdict of $16.5 million against an online dating website service for disseminating registered members' private information to thousands of websites through a database containing their profile information.

According to the complaint, Successfulmatch.com provides the opportunity to start a dating website to anyone who can “make up” and “register a domain name” with them. PositiveSingles.com was such a website, created and run by Successfulmatch.com, which offered online dating services for an “exclusive community for [members] with STDs,” as stated on their homepage.

According to the complaint, PositiveSingles.com “prey[ed] on the vulnerability of members of the public that tested positive for STDs” by providing a dating site specifically for individuals with STD’s, with the reassurance that information was “100% confidential.”

The registered member’s personal profiles, including STD status, personal information and pictures, were shared in a database made available to the thousands of dating websites created and registered through Successfulmatch.com.  Some of the registered websites were “Gaypozdating.com, AIDSDate.com, herpesinmouth.com” and “PositivelyKinky.com,” according to the complaint.

Succesfulmatch.com offered these registered sites “Pre-populated Member Databases” in which “hundreds of thousands of profiles” are shared “with other similar sites [SuccessfulMatch.com] already set up” including profiles from PositiveSingles.com,”  according to the complaint.

Although PositiveSingles.com promised registered members that they did not “disclose, sell or rent any personally identifiable information,” registered members pictures and personal information were linked in a database with to other websites registered members who had “conditions and characteristics” such as being “HIV positive, kinky, black” “Christian” “gay or otherwise,”  according to the complaint.

Registered members may have been misled by PositiveSingles.com promises of “Fully Anonymous Profile[s]” but if they read the Terms of Service prior to registering, they would have found that they were consenting to their profiles, messages and any uploaded files,  being placed on other websites within the SuccessfulMatch Network.

The Plaintiff Class attorney’s, Robert Green and Lesley Weaver of Green and Noblin, P.C., asserted in the complaint that SuccesfullMatch.com violated the Unfair Competition Law and the Consumers Legal Remedies Act.  The Santa Clara County court agreed, granting the Plaintiff Class $1.5 million in compensatory damages and $15 million in punitive damages, according to the attorney’s press release.  An injunction prohibiting SuccessfulMatch.com’s conduct was also issued as their Terms of Service were unconscionable.