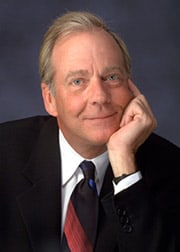 Plaintiff attorney Thomas A Demetrio of Corboy & Demetrio in Chicago

Dr. David Dao has reached an amicable settlement with United Airlines for the injuries he received in his April 9th ordeal, which was captured on video and viewed worldwide.

The settlement was negotiated by Dr. Dao's lawyers, Thomas A. Demetrio of Corboy & Demetrio and Stephen L. Golan of Golan Christie Taglia, and the legal representatives for United. A condition of the settlement includes a provision that the amount remain confidential. Dr. Dao and his attorneys agreed to that condition.

Demetrio praised United Airlines CEOP Oscar Munoz: "Mr. Munoz said he was going to do the right thing, and he has. In addition, United has taken full responsibility for what happened on Flight 3411, without attempting to blame others, including the City of Chicago. For this acceptance of corporate accountability, United is to be applauded."

The settlement was reached on the same day United Airlines announced multiple positive changes to improve the customer experience. According to Demetrio, "Dr.Dao has become the unintended champion for the adoption of changes which will certainly help improve the lives of literally millions of travelers."

In addition, Demetrio stated, "We sincerely hope that all other airlines make similar changes and follow Unitedâ€™s lead in helping to improve the passenger flying experience with an emphasis on empathy, patience, respect and dignity."