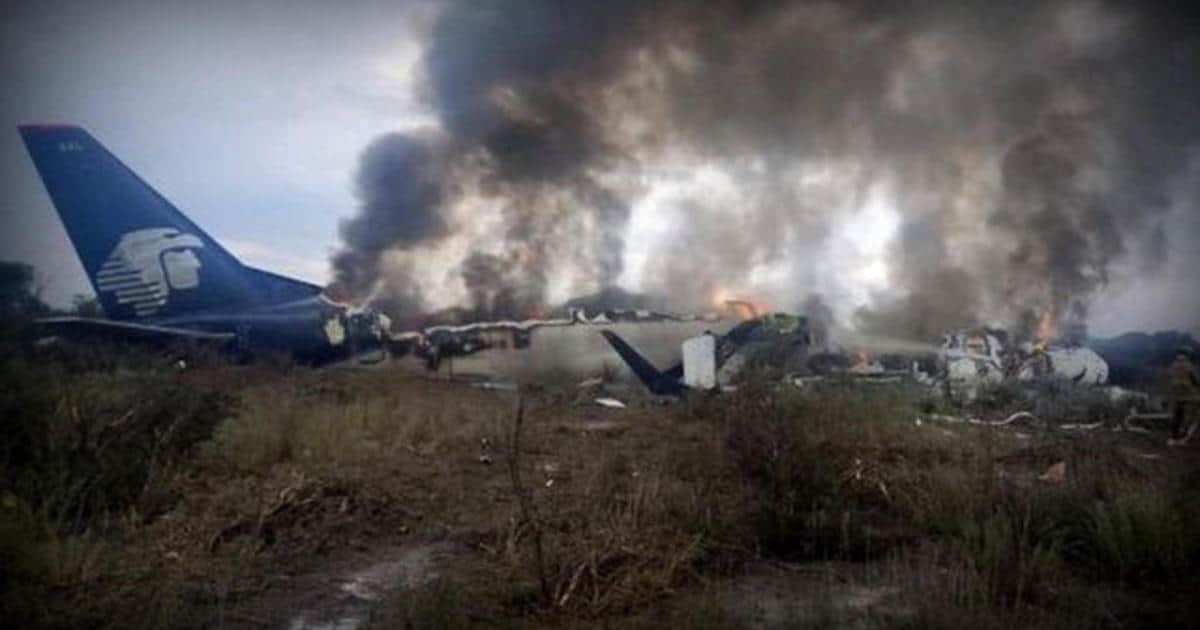 Corboy & Demetrio filed a lawsuit today on behalf of Nestor Martinez, a passenger on Aeromexico Flight 2431, which crashed after an attempted take-off in a heavy storm including severe wind, rain, and hail, on July 31, 2018, in Durango, Mexico. The aircraft, en route to Mexico City, hit the ground a few hundred yards from the runway of the General Guadalupe Victoria International Airport.

Martinez, 43, a teacher and resident of Northlake, IL, was returning home from a family vacation. He was seated in 15 C, next to the man who took the video looking out the window that captured the crash.

Aeroméxico Flight 2431 was carrying 99 passengers and four crew members when it went down in northern Mexico and burst into flames. Remarkably, no one was killed. Officials say at least 80 passengers were injured and 49 were hospitalized

“You can take off in bad weather, but you have to do it properly, and we will certainly be looking at that aspect of this crash,” said Corboy & Demetrio Co-founder Thomas A. Demetrio, who along with Managing Partner Robert J. Bingle and Partners Daniel S. Kirschner and Francis Patrick Murphy,  represents Mr. Martinez.

“Passengers thought the plane would explode any minute. They were terrified,” Bingle said. He added, “The firm will begin its investigation into what factor the weather played in the crash.”

The firm has extensive experience in major airline disaster lawsuits, particularly crashes in severe weather conditions, including American Eagle Flight 4184 that crashed near Roselawn, Indiana in 1994, killing all 68 passengers, and the helicopter crash that killed rock star Stevie Ray Vaughan and other band members in 1990.

“While weather is often a factor in many plane crashes, it is not necessarily a cause of the crash,” added Kirschner. “Rather, the issue is often how the airline monitored the weather in its preflight preparations, and then corrected for it during takeoff or fight,” Kirschner explained.

Corboy & Demetrio represents individuals and their families in serious personal injury and wrongful death cases. The firm has acquired more than $4 billion in settlements and verdicts and has attained over 600 of them in excess of $1 million.