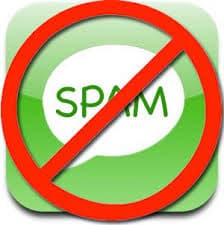 Path, a social network service that allows for photo-sharing and messaging, has proposed a settlement with Illinois resident Kevin Sterk, a class action plaintiff who brought suit against the text-spam company in 2013. The details of the settlement, including the financial terms, have yet to be disclosed, but the same day as the resolution of the unwanted and misleading messages was announced, Path confirmed the sale of its social networking app to South Korean company Daum Kakao.

The lawsuit began after Kevin Sterk received a message stating that another person – Path user Elizabeth Howell – wanted to show him photos on the service. The text also contained a link to a site where Sterk could register to join the service. Sterk argued that Path violated the Telephone Consumer Protection Act (TCPA) by sending him the message. The TCPA protects individuals from receiving unwanted spam by prohibiting companies from using automated dialers to send SMS ads without the recipients’ permission. Path describes itself as "one-to-one and one-to-many private messaging and sharing."

Sterk cited the fact that text messages from unknown sources can be aggravating and distracting, and in addition can cost money depending on one’s contract with a cell service provider. The TCPA makes it illegal to use automatic dialers for text message spam, with fines of up to $500 per message.

This is not the only legal problem facing the mobile application company. A multi-million class action settlement could be coming regarding the Path Mobile App Privacy Class Action lawsuit, in which plaintiffs allege the company use the application to secretly track usage and upload contracts from device owners’ phone contacts. Path settled with the government under a COPPA (Children’s Online Privacy Protection Act) claim regarding children’s usage of the social network who were under the age of 13.

Claiming the company’s texting system does not use “automate dialers,” Path asked U.S. District Court Judge Samuel Der-Yeghiayan to dismiss the lawsuit earlier in the case. Path took the position that the system only sends SMS messages to people whose phone numbers were provided by users. Path contended that “human intervention” in the form of users’ uploading their friends’ numbers by very definition makes the system at use not automated dialing.

The Seventh Circuit Court of Appeals refused that argument, disallowing Path to immediately appeal that decision in December, 2014. Unexpectedly, Sterk withdrew his lawsuit from federal court late last week in order to shift settlement to state court (Cook County) as opposed to federal court. The surprising switch was a strategic move made by Sterk’s lawyers spurred by the U.S. Supreme Court’s recent decision to hear Spokeo’s appeal in a lawsuit involving a separate consumer protection law – the Fair Credit Reporting Act.

Spokeo – “the people search engine” – is a social networking site that allows users to search for information about individuals. Spokeo will argue that it should not be required to face a federal lawsuit over inaccuracies in its results, without proof that the errors were harmful. Respondent Thomas Robins will argue that Spokeo did not take reasonable steps to make sure the information was accurate, and that Congress may confer Article II standing despite the lack of concrete harm. Brief amici curiae filed on behalf of Spokeo include big names such as eBay, Inc., Facebook, Inc., Google, Inc., and Yahoo! Inc.

Jay Edelson of the Edelson law firm, also representing the consumer who is suing Spokeo, said, “While the parties have reached a class-wide settlement, Defendant [Path] is concerned that the outcome of the United States Supreme Court’s recent grant of [review] in Spokeo . . . might divest this Court of subject matter jurisdiction over the instant action before the proposed settlement is effectuated.”

It is quickly becoming evident to consumer protection attorneys that text spam class action lawsuits can result in millions of dollars in settlement awards. Google, for example, recently agreed to a $6 million class action lawsuit settlement over allegations its Slide Disco subsidiary sent unsolicited texts to consumers. As more consumers become aware of these protections, we can expect to see more lawsuits develop.