Penalty Upheld Against SeaWorld in Death of Trainer by Killer Whale 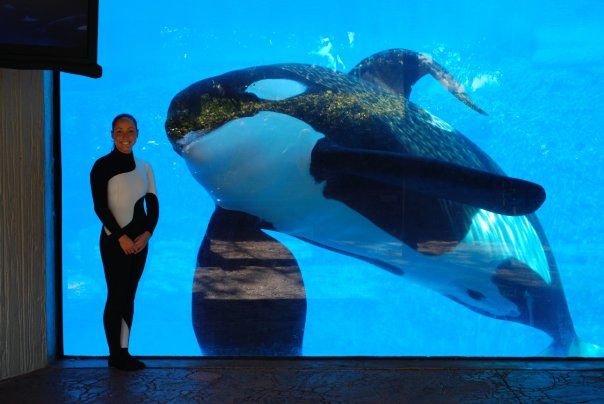 SeaWorld disputed that working with giant killer whales in the water was a "recognized hazard."

A federal appeals court upheld workplace safety penalties imposed against SeaWorld after a giant killer whale dragged and drowned a veteran trainer in front of a horrified audience in 2010 in Orlando. The court ridiculed the company’s defenses, saying it kept detailed records about the dangers.

“Here, there was a substantial record of evidence that SeaWorld recognized its precautions were inadequate to prevent serious bodily harm or even death to its trainers,” said the US Court of Appeals for the District of Columbia. Tilikum, the 12,000-pound, 22-foot whale in question, has now killed three people. It is the largest orca in captivity.

The case is SeaWorld of Florida v. Perez, Case No. 12-1375. Trainer Dawn Brancheau was dragged from a platform by the killer whale, suffered traumatic injuries and was drowned. Yet SeaWorld chose to defend its profits and dispute the Occupational Safety and Health Administration (OSHA) finding that it failed in its duty to provide a safe workplace. OSHA recommended a penalty of $70,000.

SeaWorld contended that it was sufficient to merely train its workers to see “precursors” that indicate that a whale would be aggressive. Instead, OSHA ruled that the trainer has to be separated from the animals by a physical barrier because any work in the water is too dangerous.

“Substantial evidence supports the finding that ‘drywork’ and ‘waterwork’ with killer whales were recognized hazards. Tilikum is a 32-year-old male killer whale with known aggressive tendencies that in 1991 killed a whale trainer at a marine part in Vancouver, British Columbia.”

The 2010 death at the park is the subject of a scathing documentary “Blackfish,” shown on CNN and BBC. It includes a spectator video of Brancheau’s death and casts doubt on the logic of keeping killer whales in captivity for profit. The DVD can be rented on Netflix.

At the time of her death, most of the seven killer whales at SeaWorld had at least one reported incident of biting trainers, pulling them underwater and lunging out of the water at them. SeaWorld argued that working with the orcas was not a “recognized danger” because it was up to the trainers to anticipate an attack.

“SeaWorld [recognized] that the killer whales interacting with trainers are dangerous and unpredictable and that even senior trainers can make mistakes during performances,” the court said.

An expert witness for OSHA testified:

The court said that “evidence, including SeaWorld’s incident reports, established that SeaWorld recognized the hazard when trainers worked in close contact with other killer whales.”