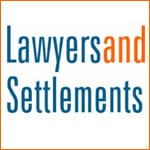 A $190 million settlement has been reached in New York in a consumer fraud class action lawsuit pending against Pfizer which alleges the pharma giant engaged in tactics to delay market entry of generic versions of its epilepsy drug Neurontin.

The lawsuit was filed by purchasers of Neurontin in 2002, claiming Pfizer undertook campaign of sham patent infringement lawsuits and promotion of the drug for unapproved uses in order to maintain market exclusivity. The case is In re Neurontin Antitrust Litigation, No. 02-1390, U.S. District Court, District of New Jersey.

In 2004, Pfizer pleaded guilty to criminal charges of illegal marketing of Neurontin and paid $430 million to federal and state governments.