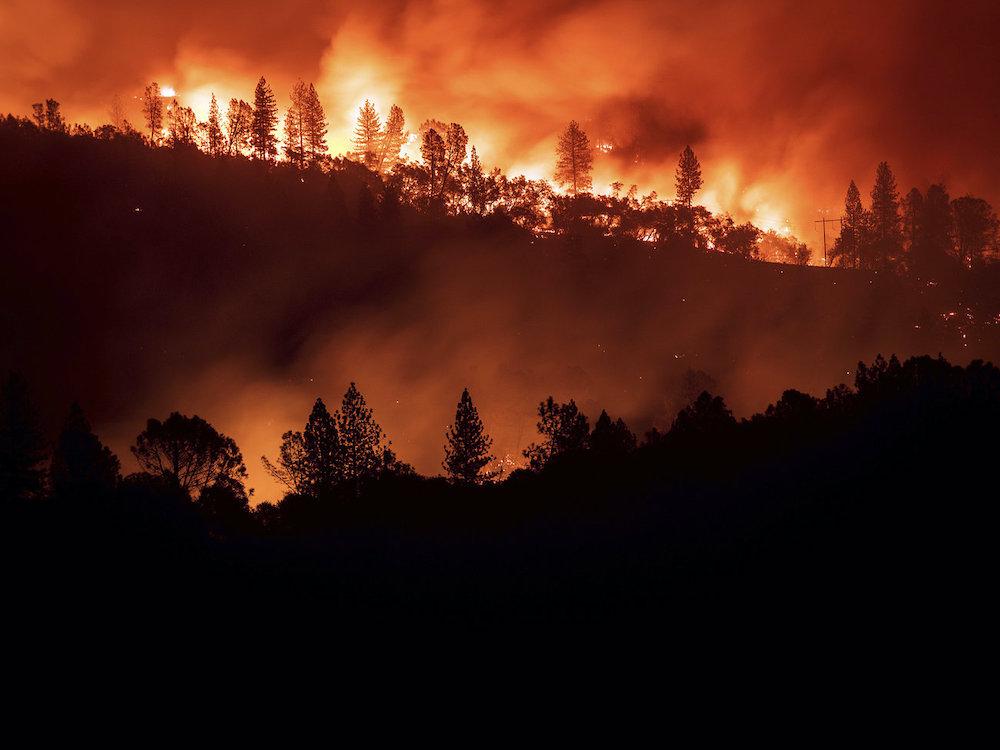 Pacific Gas & Electric pleaded guilty on Tuesday to 84 separate counts of involuntary manslaughter and one felony count of unlawfully starting a fire in a case stemming from a horrific 2018 blaze that destroyed much of the town of Paradise in Northern California.

PG&E CEO and President Bill Johnson entered the guilty pleas in Butte County Superior Court one at a time as he watched photographs of each of the victims flash on a screen.

With hands clasped, Johnson rocked back and forth while Judge Michael Deems called out the names of the dead. Each time, Johnson responded in an even voice, saying, "Guilty your honor."

Read the source article at npr.org