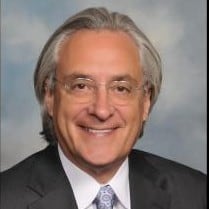 Philippe Holland in a hospital bed

When Philippe Holland, a 20-year-old college student delivering food in Philadelphia to make some extra money was gunned down by plainclothes police officers on the night of April 22, 2014, the incident was carried by several local media outlets. When a civil lawsuit was settled recently, the news was carried throughout the country.

That happened for two reasons. For one, the City of Philadelphia agreed to pay Holland $4.4 million, a record for the city involving a police incident and the sixth largest nationally.

Secondly, the city and police department agreed to make real and lasting changes in the way plainclothes officers interact with the citizens of Philadelphia.

A catalyst for reforms

"This settlement will not only compensate an innocent citizen who suffered devastating injuries but also served as a catalyst for significant reforms in the way our communities are policed by plainclothes officers,” said Holland’s lawyer, Tom Kline, with Philadelphia-based Kline & Specter, PC.

Holland suffered gunshot wounds to his head and other parts of his body when two officers fired 14 times into his vehicle as he tried to get away from men he believed were going to rob him. He underwent extensive surgery for his wounds but bullet fragments remain lodged in his brain, causing him to suffer a permanent seizure disorder and other injuries.

As part of the settlement – a part that Kline had insisted was essential for any agreement – the city and the Philadelphia Police Department will establish a new protocol for things such as proper attire for plainclothes officers, proper placement and display of patrol badges, and permitted and prohibited activities and interactions with the public. That will include how and when to identify themselves as police officers.

Also part of the settlement, the city will produce a training video that all new plainclothes officers will be required to watch before assignments and as part of roll call. This must be done, according to the agreement, by July 1.

For more information on this settlement and to view both the federal and state court civil rights complaints, go to www.klinespecter.com/blog/a-police-shooting-an-innocent-victim-a-peaceful-resolution.html.