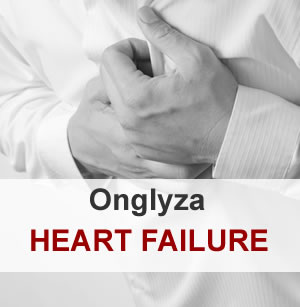 Plaintiffs in 44 lawsuits pending in 24 different judicial districts have requested that the Judicial Panel on Multidistrict Litigation create a new mass tort docket in the Northern District of California for cases involving the diabetes drug Onglyza.

The motion by attorneys Timothy M. Clark and Lauren Welling of Sanders Phillips Grossman, LLC in Irvine, CA, requests that the cases against defendants Bristol-Myers Squibb and AstraZeneca be consolidated in new MDL No. 2809. The JPML meets to decide on November 30.

Another factor in favor of the Northern District of California is its proximity to the only other consolidated proceeding related to Onglyza and the injuries asserted here. Indeed, In re: Onglyza Product Cases, JCCP 4909 pending in front of Hon. Curtis E.A. Karnow in San Francisco.

Onglyza (Saxagliptin) was introduced to the United States market on July 31, 2009, and Kombiglyze was introduced on November 5, 2010. The defendants developed their Onglyza drugs to market and sell them as treatments for type 2 diabetes. However, the use of Onglyza carries a significantly increased risk of causing heart failure, congestive heart failure, cardiac failure, and death from heart failure.

Saxagliptin works by inhibiting incretins, which enables the stimulation of insulin to continue longer than what naturally occurs after meals.

At no time during the development of its Saxagliptin drugs did the defendants perform adequate studies to determine if their drug, and its drastic alterations of the natural incretin hormone cycle, may cause increased risks of cardiovascular-related adverse
events.

In December 2008, the FDA issued a memorandum -- entitled Final Guidance for
Industry, Diabetes Mellitus: Evaluating Cardiovascular Risk in New Antidiabetic Therapies to Treat Type 2 Diabetes. It stated that applicants of new anti-diabetic medications for the treatment of type 2 diabetes should demonstrate their products are not associated with an unacceptable increase in cardiovascular risk.

After the defendants began selling and making substantial profits off their drugs for five years, they finally conducted a clinical trial for Saxagliptin. It found that  Saxagliptin users had a statistically significant increased risk of being hospitalized due to heart failure.