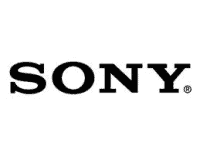 Hackers broke into Sony’s network and obtained data on as many as 31 million account holders.

San Francisco, CA: A $15 million preliminary settlement has been reached in the data breach class action pending against Sony. If approved, the settlement would see $15 million in games and online currency made available to class members as well as identity theft reimbursement. The lawsuit was brought by PlayStation Network (PSN) users affected by a massive 2011 Sony Corp. data breach.

Eligible class members include all persons residing in the US who had a PlayStation Network account or sub-account, a Qriocity account, or a Sony Online Entertainment account at any time prior to May 15, 2011, when it was revealed that hackers had broken into Sony's network and obtained data on as many as 31 million account holders.

This article first appeared on BigClassActions.com.

According to the settlement agreement, Sony will provide affected consumers with “various benefits,” depending on the type of accounts they had and if they can prove that their data was misused, to resolve the dispute over the 2011 breach.

Following the discovery of the data breach, Sony offered its PSN users free identity theft protection, among other benefits. However, under the terms of the settlement agreement any class members who didn’t take that deal can choose two items from a mix of games, online display themes and a three-month subscription to Sony’s PlayStation Plus service, with a cap set at $6 million.

For those class members who did take Sony’s initial package, they will receive one of the items, with a cap set at $4 million. Class members who weren’t part of PSN but had accounts for a different Sony gaming service will get $4.50 of in-game currency, with a $4 million cap.

Sony agreed to reimburse up to $2,500 per class member for the identity theft claims, up to $1 million. It also allowed users to transfer any unused online currency into cash and give some class members a one-month subscription to its music streaming service.

Sony customers that fall within the class definition will be automatically bound to the settlement unless they opt out. Class members who wish to opt out from the settlement class have 21 days prior to the date of the final fairness hearing in May to notify the court of their intention to opt-out.

The case is In re: Sony Gaming Networks and Customer Data Security Breach Litigation, case number 3:11-md-02258, in the U.S. District Court for the Southern District of California.