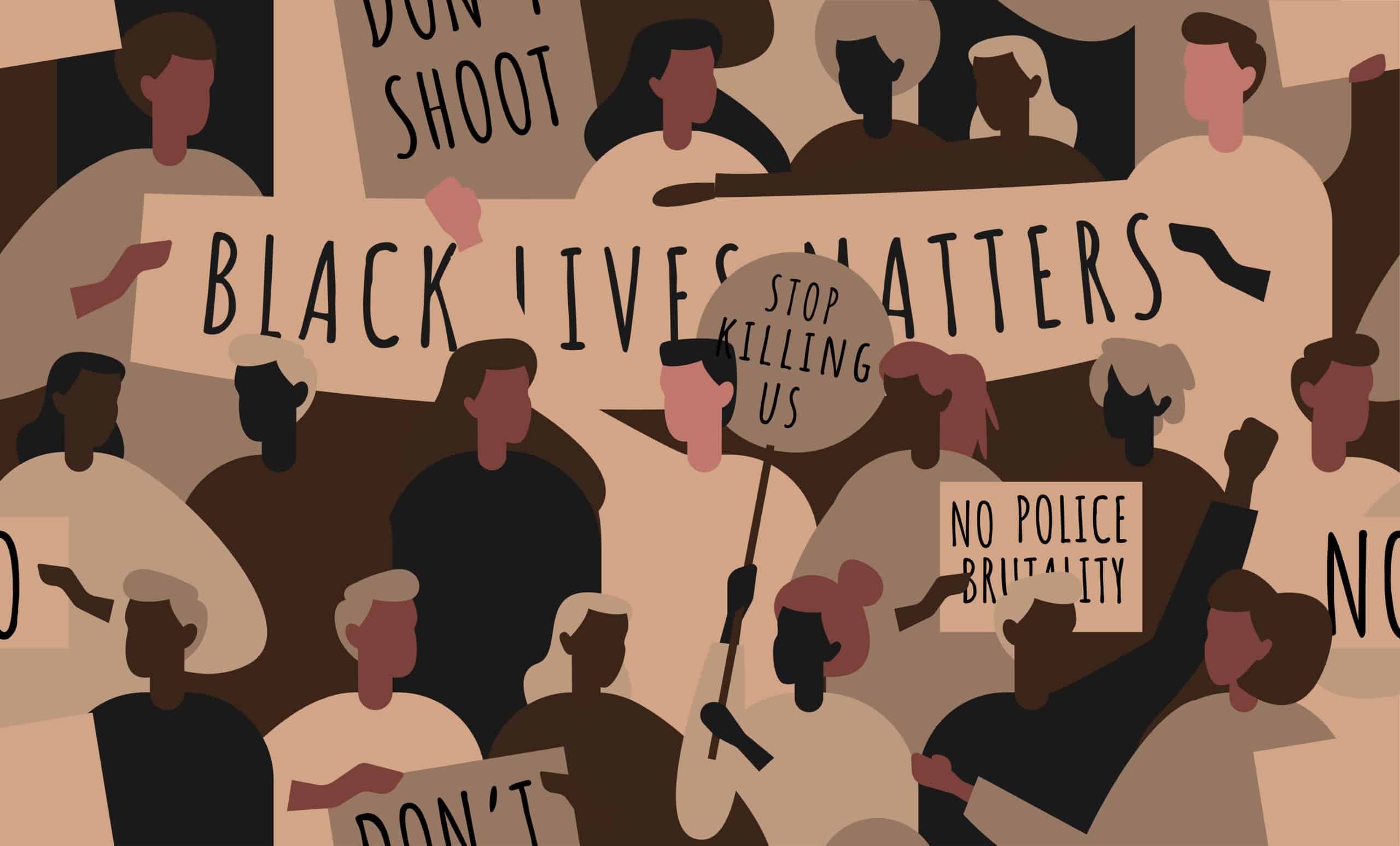 In this country, the vast majority of law enforcement officers perform their extremely difficult jobs in a way that respects their communities and abides by the law. In other circumstances, though, this isn't the case.

The United States has suffered far too long from police brutality. The legacy of racism in America is horribly illustrated by police brutality, a system that unfairly favors some individuals over others based on their skin color and erodes the strength of the entire community by wasting human resources. No one should be subjected to unfair treatment by police, especially since their job is to serve and protect.

Q: Can I speak with a lawyer before responding to any requests?

A: Yes. You have the right to speak with a lawyer before responding to any questions, whether or not the police let you know that you have that right under the Constitution. Your rights will be upheld by the lawyer. Once you say you wish to consult with a lawyer, the police should stop questioning you.

Q: Can I file a lawsuit against the police for violating my rights?

A: Yes, as a citizen of the United States, your rights must be upheld by both state laws and the Constitution.

Q: What actions would need to be taken in the wake of police brutality or misconduct?

A: Get in touch with your civil rights lawyer straight away. Wait to speak if you are under investigation for a crime until you have spoken with a criminal defense attorney.

A: Any use of force by a police officer against a citizen without cause is considered police brutality.

Police brutality is a severe problem in the United States. Unfortunately, there are numerous causes behind this, and because so few officers have faced the consequences, the causes have not received enough attention.

Police brutality comes in many different shapes and forms, many of which are complex and frequently not fully understood. One of the leading causes for police brutality in the U.S is lack of accountability and prosecution. Along with the general lack of accountability, we see two additional problems that foster a culture of police misconduct: inadequate training and overall stress of the work environment.

Law enforcement must make sure that training protocols are routinely updated in order to ensure that officers are focused on safe custody and that they only use the least amount of force necessary. Numerous police brutality incidents today are caused by police officers continuing to use outdated training or outdated ways of thinking. These scenarios can and will continue to arise if sufficient training and ongoing improvement are not offered.

Lack of Accountability and Prosecution

In almost 99 percent of situations involving police killings, the officer is not charged or brought to justice. Even if most shootings are justified, the 99 percent justification rate for killing a member of the public raises legitimate questions about whether officers are being held accountable.

With that being said, officers who violate the law must be held accountable for their actions. Equally important to the legal deference that police officers are entitled to and do receive when they use force is our constitutional right to be free from arbitrary uses of force. This vital balance can only be maintained if officers who use excessive force in violation of the Constitution are held accountable.

Overall Stress of the Job

Working under stress can occasionally lead to acts of police brutality. A law enforcement official or organization as a whole may behave abnormally in tense situations if they perceive the public is hostile to their work or, at best, unsympathetic. In general, police officers should not isolate themselves and should have a partner with whom they can discuss the challenges of their job.

Examples of Police Brutality and Misconduct

One of the most recent and well-known cases of police abuse is George Floyd. We are aware that Mr. Floyd was pinned beneath three police officers while pleading for his life, thanks to video footage and eyewitness reports.

On July 6, 2016, Philando Castile, his girlfriend, and their kids were driving through Falcon Heights, Minnesota, when officer Jeronimo Yanez initiated a traffic stop.

Mr. Castile admitted to the policeman that he was driving with a legal firearm. While telling the police about his legal firearm, he started to reach for his identity; at that time, officer Yanez shot Mr. Castile seven times, resulting in Mr. Castile’s death.

On allegations of manslaughter, Officer Yanez was found not guilty. Following the verdict, wrongful death claims filed by Reynolds and Castile's family against the city were settled for a total of $3.8 million.

On November 19, 2002, Ms. Jackson witnessed a car crash; she sprinted to the flaming vehicle and saved one of the two Chicago police officers. When additional officers arrived, she was assisting the hurt officer. The injured officer's weapon was allegedly stolen by Ms. Jackson, according to the officers.

Ms. Jackson was imprisoned for ten months after being arrested. During that time, she was frequently threatened and coerced into writing a statement.

The judge dropped the case as soon as the case went to trial. Ms. Jackson sued the Chicago police department and the city for wrongful arrest, coercive questioning, and malicious prosecution. She was compensated $7.7 million.

When police employ excessive force, they breach several rights, including freedom from discrimination, the right to liberty and security, and the right to equal protection under the law. Police officers must be obedient citizens who work with communities, communicate honestly, and respect every community they serve equally. Community trust has been damaged by a lack of accountability, which has also bred mistrust and animosity. In 2020 alone, calls for increased police accountability and federal civil rights investigations were sparked by the killings of George Floyd, Rayshard Brooks, Breonna Taylor, and Jacob Blake, as well as numerous instances of police violence. Thankfully, Title 18 of the United States Code, Section 242, is a federal criminal law that covers virtually all instances of police violence.

Under Title 18 United States Code, Section 242, the willful denial of a privilege or right that is protected by the United States Constitution or other laws is illegal. Judges, caregivers at public health facilities, and other people working as public authority are all regarded as those acting under the color of law within the meaning of this statute, as are police officers, corrections officers, and other law enforcement officials. The law prohibits a variety of forms of police brutality, including intimidation, excessive use of lethal force, sexual assault, excessive physical force, and improper pepper spray use. However, the law prohibits citizens from suing the police in civil court in order to receive financial compensation.

Police officers may also be held accountable through civil lawsuits. Title 42 United States Code: Section 1983, the federal legislation that forbids constitutional infractions by those acting in "the color of state law," is the subject of state-based complaints as well as federal lawsuits. To hold police accountable for misconduct, civil rights plaintiffs must be allowed to bring and prevail in their own civil rights claims.

Immunity will most likely be an obstacle for a victim who wants to bring a civil tort claim against a law enforcement agency. A lot of states have rules that give public employees immunity when they perform optional duties like making an arrest. The United States Constitution's 11th Amendment shields states against private citizens' civil actions filed in federal court.

Furthermore, local governments are protected from liability in these claims by regulations in a number of states. In the end, whether the government has a compelling "immunity" defense will depend on the specifics of the case and the legal context. Police regularly invoke the qualified immunity defense in response to Section 1983 claims, which shields an officer from responsibility for civil rights violations provided that the conduct in question did not violate a clearly recognized right.

What is Police Misconduct?

The term "police misconduct" describes an officer's improper or criminal behavior. It may involve breaking the rules set forth by the police agency, the state, or the federal government.

In the media, reports of police misconduct are increasingly widespread. Instances of excessive force, violence, corruption, forced interrogations, witness tampering, or racial profiling are the most frequent causes of police misconduct that come to our attention. These actions have the potential to cause bodily harm or death, wrongful incarceration, and constitutional rights violations.

In addition, police misconduct raises the possibility of societal harm by jeopardizing the administration of justice and undermining public confidence in the police.

Police brutality is still a persistent problem across the country. Victims of human rights violations by law enforcement personnel have the right to request a hefty monetary settlement. However, occasionally the extensive wounds caused by the police can result in death for the victim. This offers eligible surviving family members the choice to sue law enforcement personnel who use violent and excessive force for wrongful death.

Qualifying beneficiaries and the deceased's family members, who are typically close relatives, may file wrongful death lawsuits. Legal action is frequently used to recover money to help make up for the following losses:

The notion of social justice maintains that each person should enjoy equal rights and opportunities. Social justice promotes fairness and equity in many societal groups. For instance, it promotes equality in employment, educational possibilities, and economic opportunities.

It is crucial to know social justice's five guiding principles in order to grasp the notion entirely. These principles include human rights, equity, participation, and access to resources.

The primary federal civil rights provision on which victims of police misconduct rely is 42 U.S. Code Section 1983. This law was initially passed as a provision of the Civil Rights Act of 1871. It was intended to put an end to repressive activities by the state and private citizens who belong to vigilante groups. The legislation is now usually referred to as Section 1983 due to the fact that it has been published in Title 42 of the United States Code. Section 1983 forbids anyone acting in conformity with state law from depriving another person of their rights granted by the U.S. Constitution or any other federal statute.

The most common claims made against law enforcement officials and police officers are:

“Deprivation Of Rights Under Color Of Law.” Department of Justice, 31 May 2021, https://www.justice.gov/crt/deprivation-rights-under-color-law.