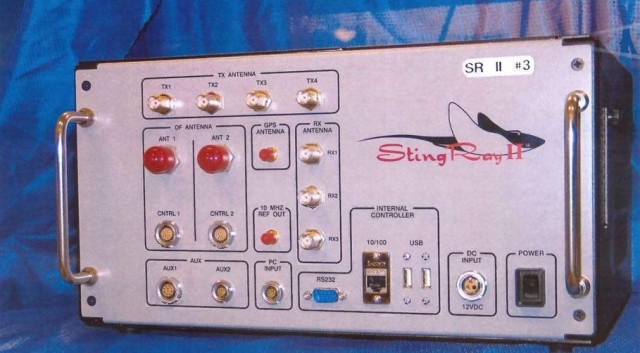 An Arizona Court of Appeals has affirmed a lower court's decision that  police cell phone surveillance tracking technology was properly withheld from a public records request.

Freelance journalist Beau Hodai requested public records from the Tucson police department regarding its use of a cell-site simulator device known as a "Stingray."  The Stingray devices are considered "wiretaps for the wireless age" that work by impersonating equipment installed at cell phone towers tricking cellular phones into connecting to the Stingray instead.

The device can then "rapidly identify and locate all nearby phones that are turned on" capturing the phone number, GPS, location, outgoing texts, calls, emails and other data, all without a warrant.

Hodai requested the records on three separate occasions, and after no response, filed a statutory special action requesting an order directing the city to provide records and award Hodai's attorney fees and costs.

The city alleged it complied with public records law, but declined to disclose information because an FBI investigation showed disclosure would not be in the best interests of the state. The City said it no longer uses the device, but still possesses it.

The city offered the full case file for the trial court's in camera review.  The documents included law enforcement training materials, a form used to request Stingray monitoring, a "data dump" of raw data received during a Stingray investigation, and four police reports from closed criminal cases and one report from an ongoing criminal case.  The trial court ruled that all documents produced for the in camera review were properly withheld and denied all of Hodai's other requests for documents.

Hodai appealed and the Arizona Court of Appeals affirmed in part and reversed in part.  The court affirmed the trial court decision to withhold the training information regarding how the equipment works because according to an FBI affidavit, the information could be used by criminals to "develop defensive technology, modify their behaviors" or take measures to "thwart the use of this technology.”  The court agreed that the best interests of the state outweighed the presumption for disclosure.

The court also affirmed that the open investigation report and the raw "data dump" contained sensitive data and the release of any details of the open case and raw data would result in specific material harm.

The Court of Appeals reversed the trial court’s ruling finding that the four case files of the closed investigations were promptly produced.  The court found that it would not have been difficult for the Tucson police department to locate and disclose the records, and taking eight to ten months to locate the records was not prompt, constituting a wrongful denial of the records under Arizona statutory requirements.

The court also reversed and remanded the lower court's ruling withholding a training PowerPoint with redactions, instructing the court to order disclosure of the redacted Power Point presentation.  The court said that the finding of the lower court that the presentation only showed how to use the equipment was "clearly erroneous."

The case is Beau Hodai v. The City of Tucson, Case number 2CA-CV 2015-0018 in the Arizona Court of Appeals, Division Two.