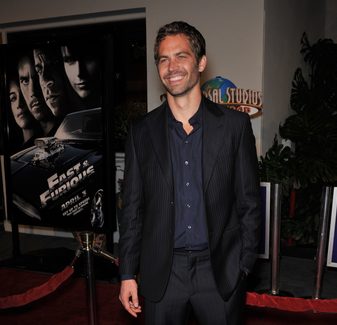 A California district court dismissed a wrongful death and survival lawsuit brought against distributor Porsche Cars North America, Inc. by the widow of the driver killed along with actor Paul Walker IV in November 2013.

While Rodas drove the Porsche Carrera GT with Paul Walker as a passenger, the car crashed while going 72 to 90 mph around a curve. After going into a spin, the car slid off the road and struck three trees and a light pole causing the car to split in two pieces and explode.

Rodas suffered three sets of injuries, “each of which was independently fatal,” according to the opinion. The first injuries were an atlanto-occipital dislocation (head dislocation from spinal column), hinge fracture of the skull, and associated brain stem laceration caused by direct impact of his head to a tree or light pole in the car’s window opening.

The second set of injuries was multiple skull fractures, with extensive fracturing on his right side, toward Walker. The third fatal set of fatal injuries multiple rib fractures, lung lacerations and contusions. The opinion states that during each of the car collisions with the trees and pole provided opportunity for Rodas and Walker to collide with one another, each having sufficient energy to potentially cause Rodas’ injuries.

Lawsuits in both District and State court

Rodas filed a lawsuit against Porsche in the Superior Court of Los Angeles County. Porsche removed the action to the district court and filed several motions to dismiss.

After Porsche submitted two motions to dismiss, Rodas’ remaining claims were based on four allegations including absence of a crash cage, substandard side impact protection, right rear toe adjuster rod failure, and lack of a fuel cell.

Rodas’ counsel failed to amend the district court complaint to include Porsche AG and Cranbrook. Instead, she filed two subsequent actions, one in her name and the other on behalf of her children in the Los Angeles Superior Court alleging the same causes of action as in the original district court action against Porsche, naming Porsche AG and Cranbrook as defendants.

Porsche filed a motion for summary judgement on all of Rodas’ claims, arguing that Rodas provided no evidence that her allegations were the cause of her late husband’s death. Rodas did not provide any evidence showing liability, besides the Los Angeles Sheriff’s Department (LASD) accident report and her expert witness preliminary report, which only discussed the right rear toe adjuster rod suspension failure.

Rodas conceded to Porsche’s claims that she did not present any evidence that the absence of a crash cage, substandard side impact protection, or the lack of a fuel cell caused her husband’s death. Rodas focused on her expert witness’s theory on the failed suspension rod.

Rodas conceded and even supported Porsche’s arguments for summary judgment, admitting in her amended complaint that “no crash cage could prevent Rodas from moving…within the occupant compartment, and no crash cage could have prevented Rodas and Walker from colliding with each other.”

Concerning the substandard side impact protection, Rodas’ own expert opined that any unexpected “poor side impact performance…did not play a role” in Rodas’ death. Rodas further conceded that Porsche, as a car distributor, was not involved in the side impact testing, which nevertheless indicated that the Porsche Carrera GT “not only passed, but…performed better than required” on all side impact regulations that applied to the car.

Rodas' initial complaint claimed the fuel tank ruptured and spilled fuel on the engine, causing the fire. However, Porsche provided evidence that the fuel tank was not compromised and remained intact until after the fire and after Rodas death.

Lastly, on the issue of the failed suspension, the court granted summary judgement in favor of Porsche, finding her expert witness’s theory in his report was “speculative and unreliable.” The court wrote that the expert used “somewhat circular reasoning” from his observations of the tire patterns, concluding the failed rod caused the car to swing and yaw off the road.

It was later discovered the expert used inaccurate information that conflicted with the LASD reports, and later submitted a supplemental declaration that directly contradicted his initial report. The court notes further that Rodas failed to submit the declaration before the deadline it set for additional disclosures, however, even if submitted on time, the court found it improper because it presented impermissible new arguments and was not a response to “new unforeseen facts.”

In granting Porsche’s motion for summary judgement, the court wrote that Rodas did not provide any evidence to prove the accident was caused by a failed rod suspension, and the only evidence of the expert opinion offered was inadmissible to the court. The survival and wrongful death claims were dismissed because no evidence competently showed Rodas’ death occurred because of any wrongdoing by Porsche.