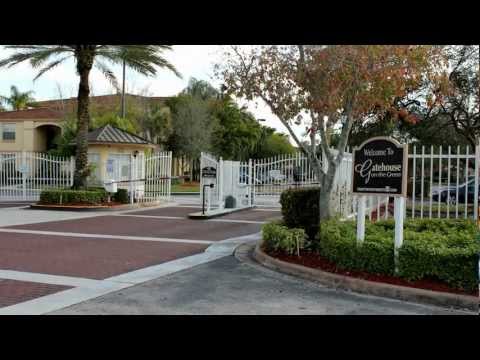 What duty does a landlord owe to residents to make an apartment complex safe under premises liability law? The Florida Supreme Court recently answered that property owners cannot ignore security issues, finding an apartment owner liable for negligence for failure to repair the security gate of a gated apartment complex.

It upheld a $4.5 million jury verdict for the families of two siblings who were fatally shot in their apartment in 2005.

Ciara Sanders, 20, was living with her 17-year-old brother, Chauncey Sanders, at the Gatehouse on the Green apartments in Plantation, FL. They were slain in September, 2005, in the third-floor apartment where they had lived for about a year.

Chaunce had spent the summer working to save up money prior to starting his senior year of high school. Ciara Sanders had taken time off from college to have her child, whom police have since placed with a family member.

Chris Isherwood, who lived next door to the Sanders siblings, was surprised to find out about the shooting. Isherwood, who shared an interior wall with the Sanders, told police he had not heard any gunfire, despite being able to hear the Sanders music when they used to play it. Isherwood reported that he heard arguing, the baby crying and then the arrival of the police.

The police, who believe the Sanders siblings knew their killers -- because there was no sign of forced entry into the apartment -- a point strenuously argued by the apartment complex at trial. The victims' families countered that Gatehouse on the Green failed to live up to its obligation to secure the complex by leaving the security gate unfixed for months.

Interestingly, Sun Sentinel reported in 2005, at the time of the killings, that Gatehouse on the Green began repairs to the security gate the day after learning about the slayings. Jeffrey Allen, counsel for the siblings' family, said in regard to the verdict:

[sws_blockquote_endquote align="" cite="" quotestyle="style01"] "That gate was chronically broken and they had so many criminal incidents at the facility . . . Most of these apartment complexes have to beef up their security, because when they know there [is] crime and they're fully aware of it, they can't [be allowed to] just put their head in the sand and pretend it doesn't exist." [/sws_blockquote_endquote]

In 2009, a jury found the family was owed $4.5 million in damages, but the Court of Appeals later reversed the award. The jury found the complex owner, ERP Operating, was 40 percent negligent, meaning relatives of Ciara and Chauncey would receive $1.8 million from the premises operating company. The Florida Supreme Court recently upheld the original verdict by ruling in its 5-2 opinion that the families of Ciara and Chauncey had presented enough evidence to prove the property owner had significantly contributed to the deaths of the Sanders siblings.

Under general property law, landlords have a duty to tenants to keep property in good repair. Landlords owe a duty to repair known defects in the property, as well as a duty to provide safe and reasonable living conditions.