No Reasonable Expectation of Privacy for Pocket Dialed Conversation 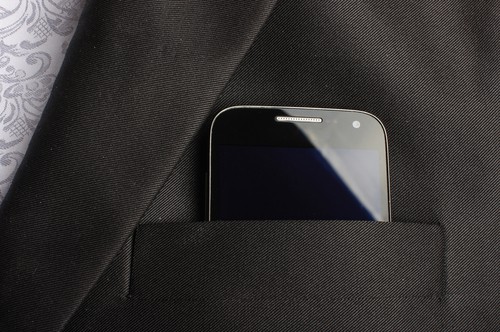 The Sixth Circuit court of appeals has ruled that inadvertent “pocket-dial” phone calls are not entitled to a reasonable expectation of privacy under Title III of the Omnibus Crime Control and Safe Street Act of 1968 (Wiretap Act).

The court ruled that the person making the inadvertent call has no expectation of privacy.

James Huff, Chairman of the Kentucky International Airport Board, was on a business trip in Italy with his wife, Bertha Huff, and the Vice Chairman of the Board, Larry Savage.

Pocket dialed a board member

During a conversation between James and Savage, while discussing the possibility of replacing Candace McGraw, the CEO of the Kentucky International Airport, James’ iPhone pocket dialed Carol Spaw, the Board liaison and senior executive assistant to the Airport CEO.

Spaw said “hello” several times, but within “ninety seconds” she realized that “Huff and Savage were discussing McGraw’s employment situation and that the call was not intended” for her.  Spaw claims that she overheard James Huff and Savage engaged in a conversation to “discriminate unlawfully against McGraw.”

Spaw took handwritten notes of the conversation and recorded the last four minutes of the 91-minute phone call, including James Huff’s conversation later with his wife Bertha.

After having a third party enhance the audio quality of the recording, Spaw shared a typewritten summary of the notes and the enhanced recording with the other members of the airport board.

Bertha and James Huff filed a complaint against Spaw, alleging that she violated the Wiretap Act by intentionally intercepting, using and disclosing the contents of their oral communications.  The district court granted Spaw summary judgement, ruling that the Huffs did not have a reasonable expectation that their conversation would not be intercepted.  The Huffs appealed the decision.

The circuit court ruled that James Huff failed to “exhibit an expectation of privacy” because he exposed his conversation to Spaw when he placed the pocket-dial call to her.  Applying the plain-view doctrine, the court reasoned that the “exposure need not be deliberate and instead can be an inadvertent product of neglect,” and is applicable to auditory as well as visual information.

James Huff admitted to being aware of the risk of inadvertent pocket-dialing and had in the past, made such pocket-dial calls. The court discussed several “simple and well-known measures” that could prevent pocket-dialing, including locking the phone, using a password, or using a phone app to prevent “unwanted butt-dialing.”

The court found that James Huff’s operation of a device that is capable of inadvertently exposing his conversations to a third party and his failure to prevent such exposures fails to show he had any reasonable expectation of privacy.

The circuit court reversed and remanded the issue of Bertha Huff’s expectation of privacy under the Wiretap act.  The court found that Bertha Huff had a reasonable expectation of privacy in the conversation she was having with her husband in their private hotel room, even if she was aware that he was carrying a cell phone capable of recording or transmitting the conversation.

However, once Bertha was made aware that her husband’s phone was connected to Spaw’s, and then she would no longer have a reasonable expectation of privacy under the wiretap act.

The court remanded for the district court to determine if Spaw’s actions of answering the phone, turning up the volume, transcribing notes and recording the last four minutes of the call was an intentional use of a device to intercepted Bertha Huff’s statements in violation of the Wiretap act.

The case is Huff v. Spaw, case number 14-5123 in the Sixth Circuit Court of Appeals