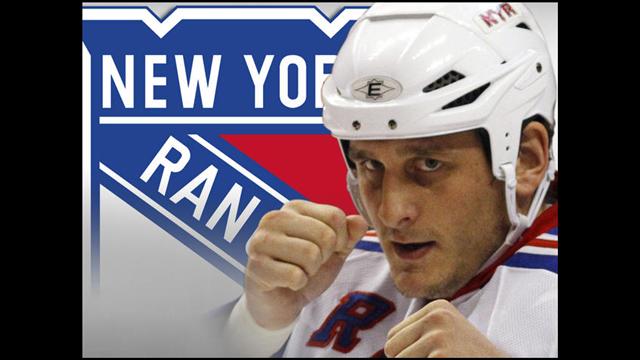 Twenty-eight-year-old Derek Boogaard of the New York Rangers passed away following a series of injuries and addiction in 2011. Boogaard’s family alleges that coaches and team doctors insisted he play after repeated concussions.

Unknown to Boogaard and his family, the concussions allegedly caused Boogaard to develop a brain disease, followed by an addiction to painkillers. The team allegedly failed to get Boogaard the treatment he needed after he tested positive for banned substances.

On behalf of his family, the attorneys at Pulvers, Pulvers, Thompson & Friedman in New York, filed a wrongful death lawsuit against the NHL in New York. The case number is #13L4935 in Cook County Circuit Court; Len Boogaard and Joanne Boogaard, Co-Executors of the Estate of Derek Boogaard, Deceased, v. National Hockey League and National Hockey League Players Association.

Any sport carries the risk of a serious head injury, but with contact sports like hockey and football regular and repeated blows occur on virtually every play. Some players endure this punishment for decades, and only after retirement are their families able to realize the damage done -- including dementia, loss of memory, and severe depression. The medical term for the brain disorder caused by repeated concussions is Chronic Traumatic Encephalopathy, or CTE.

Saddest of all, there are an alarming number of wrongful death cases in high school and college sports, as well. According to The Daily Californian, University of California Berkeley football player Ted Agu, 21, died on February 7, 2014, following a team training event in which coaches and trainers allegedly failed to recognize his symptoms before he collapsed and died.

Coaches were allegedly aware that Agu suffered from sickle cell anemia and it was claimed that the workout was entirely inappropriate for anyone in his medical condition. In addition to reimbursement for medical and legal bills, the lawsuit against UC seeks unspecified damages for loss of earnings and financial support that Agu would have provided to his family.

Athletes without medical illness are at risk as well, even the younger players, as evidenced by the death of Georgia high school football player Zyrees Oliver just this year. Although this is not an injury caused by multiple concussions, it still asks the question "Is it time to hold professional sports accountable for wrongful death?" According to WUSA9 and Atlanta Journal-Constitution on August 13, Oliver reportedly drank an excess of water and sports drinks during practice, and coaches were allegedly unaware of the dangers associated with over-hydration.