Discovery of Reinsurance for Plaintiffâ€™s Attorneys 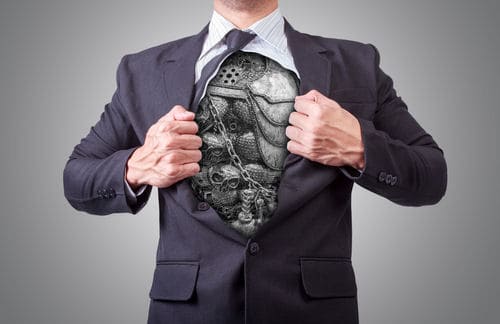 Defense counsel will give the plaintiff just what is asked for, nothing more. Therefore, a plaintiff’s attorney understand what he is asking for and articulate to the court its potential relevance.

Reinsurance is backup insurance purchased by insurance companies as a means of risk management. It is intentionally esoteric and purposely kept from the light of day in a courtroom.

For plaintiff lawyers, discovering what reinsurance has been purchased will not get you directly into the pocket of the reinsurer, but it will give you insights into what the insurance company was thinking as it handled your client’s claim.

Plaintiff lawyers are better off knowing the true value that an insurance company places on a loss by discovering if it has reported the loss to its reinsurers.

As a general rule, courts have held that reinsurance agreements are discoverable under Federal Rule of Civil Procedure 26(1)(A)(iv), which requires disclosure of insurance agreements in which an insurer may be liable to satisfy part or all of a judgment. The purpose of the rule is to allow counsel to make a realistic appraisal of the case, in aid of settlement.

Although insurers have argued that their reinsurance agreements are not “insurance agreements” under Rule 26, these arguments have largely been unsuccessful. Reinsurance is clearly insurance, notwithstanding its questionable non-regulation as insurance. Discovery of reinsurance materials are relevant and discoverable. National Union Fire Ins. Co. of Pittsburgh, Pa. v. Continental Illinois Corp., 116 F.R.D.78 (N.D. Ill. 1987).

In National Union, a district court for Illinois held that:

[sws_blockquote_endquote align="" cite="" quotestyle="style01"]"Insurers contend their reinsurance agreements are not "insurance agreements" under Rule 26(b)(2). True enough, reinsurance agreements are a special breed of insurance policy [actually, a contract of indemnity written by an insurer]. . . . But the English language remains the same: reinsurers "carry on an insurance business" and "may be liable . . . to indemnify [insurers] for payments made to satisfy the judgment" that movants hope to obtain. [The Rule] does not require that a party's insurer be directly liable to the other party. It is totally irrelevant that the reinsurers would pay Insurers and not the defendants and that movants cannot directly sue the reinsurers.”[/sws_blockquote_endquote]

The combination of liberal discovery rules generally, and courts’ limited understanding of reinsurance, has resulted at times in allowing for fairly broad discovery, but not universally so.

In light of the general tendency of courts to allow discovery of reinsurance information if a showing of relevance is made, insurers will try to protect reinsurance information by responding narrowly to only what the insureds specifically request. Defense counsel will give the plaintiff just what is asked for, nothing more. Therefore, a plaintiff’s attorney understand what he is asking for and articulate to the court its potential relevance.

Some of the extremely large insurance companies -- State Farm for example -- may use an inter-company reinsurance arrangement, where reinsurance is essentially just between the various State Farm companies, and only high catastrophe exposures are “outsourced.”

There are essentially two different types of reinsurance:

A plaintiff lawyer should focus primarily on treaty reinsurance. Facultative reinsurance is simply risk sharing on a single risk and the facultative certificate sets out the sharing arrangement on that risk.

Treaty reinsurance is one of two types, proportional and non-proportional. Proportional shares a percentage or dollar figure on every policy of a certain type issued by the insurer with the reinsurer.

For a property claim, many insurance companies purchase property-per-risk excess of loss reinsurance treaties.  Such as for a small company, the insurance company may retain the first $100,000 of loss and the reinsurer absorbs a high percentage of the rest of the loss, up to the limit of the “treaty.”

Because there can be more than one insurance policy involved in one casualty loss “occurrence,” insurance companies often purchase a treaty with limits at some multiple of the underlying insurance policy’s limits. This is called “clash” protection.  For example a small insurance company may not issue any liability insurance above $1,000,000, but it may have casualty excess of loss reinsurance coverage up to $3,000,000.

Here is what you get out of this. Reinsurance has a reporting provision in it called “Notice of Loss and Loss Settlements” in which the insurance company must “promptly report” the potential claim to the reinsurance treaty.  If there is a requirement to promptly report any claim reserved at half the retention, and you know what that retention is and that it has been reported to the reinsurer, then you know at least the true minimum reserve for the loss even if you cannot get that reserve directly in discovery.

But don’t be fooled into thinking that an insurance company’s “reserves” are some item that is never touched for political or self-serving purposes. Tax and corporate ratings are just a couple of incentives for insurance company to manipulate its reserves

What you also get is that knowing that the insurer is not just using its own money when considering to settle the claim. How will it look to a jury after your client suffered a horrific loss, that the insurance company was more concerned with saving a foreign reinsurers’ money, than it was in fully compensating your client’s loss?

For a casualty claim, once you are in the negotiation stages and if you know the attachment points of its reinsurance, you will have the advantage of knowing at which point the insurance company stops spending its own money for settlement.

There is no excuse for any insurance company to shortchange the policyholder for his loss.  By its very nature a catastrophe does not happen frequently enough for any one company to have a history upon which an actuarially-sound rate could be based.  As such, catastrophe treaties are model-rated, meaning the individual “use” of the treaty by the insurance company will not affect its future catastrophe treaty rates and premiums. Any “loyalty” to the reinsurer over the policyholder designed to keep its reinsurance premiums low are misplaced and flatly wrong.

Reinsurance is purposely esoteric. Call in an expert to assist you in this part of the discovery process.

Bruce P. Heffner JD, CPCU, ARM-E, ARe, ASLI, CSRP, AIC General Counsel, is the General Counsel of Boomerang Recoveries, LLC, strategic risk management solutions, in Lorena, TX. He has been in the insurance and reinsurance industry for 36 years. He has also served as Chief Deputy Commissioner in the Nevada Division of Insurance, as a private practice attorney, Counsel / General Manager of Farmers Union Mutual of Arkansas, and Associate Counsel for the Arkansas Insurance Department. In addition, he has held underwriting and claims positions with Hamburg International Reinsurance Company, Florida Farm Bureau, and Georgia Farm Bureau. He is an approved Deputy Receiver for the Texas Department of Insurance and mediation trained. He is licensed to practice law in Texas and Arkansas.