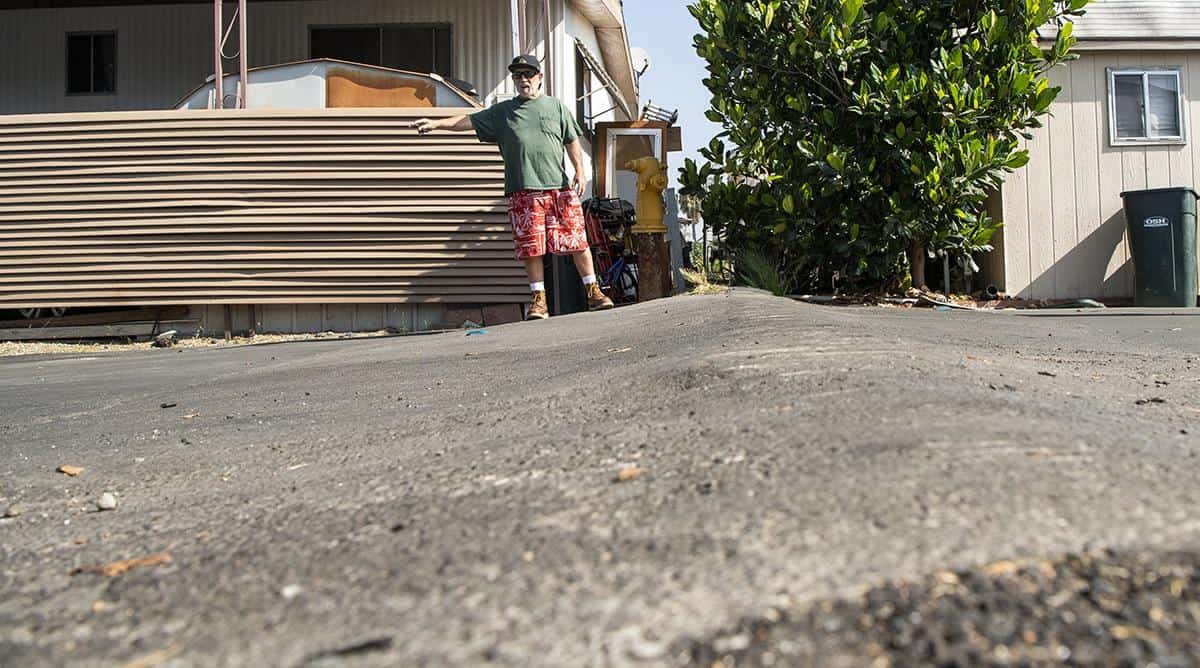 The owners of a mobile home park in Long Beach, CA, that is sinking due to its location on a former landfill have agreed to pay roughly $50 million to 151 families who sued over the conditions, an attorney representing the residents announced today. He made the announcement after a judge approved the settlement earlier this week.

As part of the agreement, residents in the park on Paramount Boulevard will also share in a portion of the proceeds from the sale of Friendly Village Mobile Park after the owners declared bankruptcy. The sale is expected to generate an additional $7 million to be divided among the residents, even those who were not part of the lawsuit that culminated in a civil trial and jury verdict a year ago.

The settlement was reached after a jury awarded $39.5 million to an initial group of 30 litigants a year ago. The attorney for the plaintiffs, Brian Kabateck, at the time promised to file another lawsuit representing additional families in the 182-unit park.

The two sides had been in negotiations for the past year on an agreement to settle the case and end the lawsuit, which was filed in 2017.

Read the source article at lbpost.com