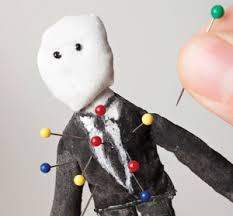 Retaliation remains the top charge that workers file on a yearly basis with the U.S. Equal Employment Opportunity Commission, totaling 42.8 percent of the charges that were filed in fiscal 2014.

The high number of claims are due in part because retaliation claims are easier to prove than the underlying discrimination claims. A nurse in Ohio recently recovered more than $2 million in damages after a notorious anti-union hospital fired her, and then retaliated by defaming her and trying to revoke her license.

Discrimination charges filed were the lowest amount since 2007, while retaliation claims, which exists to protect workers from punishment for statutorily-protected conduct, totaled the highest percent of charges ever.

The EEOC is the federal agency that enforces all federal employment discrimination laws. Workers seeking legal relief for workplace wrongs must first exhaust the administrative remedies of the EEOC before bringing their claims in court.

The EEOC is an independent agency governed by a board of commissioners, as well as a regulatory agency that issues interpretations of the statutes it enforces. It is also an investigatory agency and, for federal employees, an adjudicative agency. Employees wishing to file suit against their employers in a court of law must first utilize the EEOC, a process which is commonly referred to as "exhausting administrative remedies."

Filing a charge with the EEOC is as easy as visiting EEOC.com. There are multiple protected categories recognized by the EEOC and federal employment statutes, including:

The EEOC recently released its charge statistics for its last fiscal year, which ran from October 1, 2013, through September 30, 2014. The EEOC explained that the figures add up to more than 100 percent because some charges allege discrimination on multiple bases. Within the EEOC's most recent fiscal year, retaliation claims under all EEOC-enforced statutes made up 42.8 percent of all charges.

It was no surprise that retaliation was the top charge filed with the EEOC, which saw retaliation as the top charge filed in the 2013, fiscal year, as well. This has been the case for several years running, even thought the number of retaliation charges received by the EEOC actually has dropped from 38,539 in 2013 to 37,955 in 2014. The overall number of EEOC charges also fell from 93,727 to 88,778 over the past fiscal year -- yet the percentage of retaliation charges the EEOC has accounted for rose from 41.1 percent to 42.8 percent from 2013 to 2014.

Another charge that remained fairly steady in comparison to fiscal year 2013, was race bias charge, which totaled roughly 35 percent of all EEOC charges. The remaining EEOC charges received came in as follows:

The 88,778 charge figure was included in a performance and accountability report released in November, 2014, and marked the third straight year of declining charges since 2011. Charges lodged against the EEOC in 2011, totaled 99,947 charges, which was the lowest annual charge intake number since 2007, when 82,792 charges were filed.

The EEOC believes the decrease in the overall number of charges filed per annum is tied in part to the government shutdown that occurred in October 2013. The EEOC noted that thousands of fewer charges were received in the first quarter of the fiscal year 2014, compared to the other three quarters.

In addition to an overall decrease in the number of charges filed, the EEOC also saw monetary recoveries dip in 2014. According to the EEOC, its administrative enforcement efforts brought back $76 million less than the record $372.1 million awarded the previous year. In addition to the decrease in both charges filed and monies recovered, litigation recoveries also fell, decreasing from $39 million in 2013, to $22.5 million in 2014.

What this Means for Employment Lawyers

Lawyers should not equate these numbers to a reduction in the EEOC's aggressive enforcement posture. Gerald Maatman, a Seyfarth Shaw LLP partner and veteran employment litigator, said:

“If anything, the agency's going to look at this scorecard and say it probably needs to be more aggressive. I don't think this will dampen the Commission’s enthusiasm to push the envelope even further. I would interpret [the report] as the EEOC bringing an inordinate amount of test cases and cases where they are trying to stretch the law or create new law, and they're losing more often than not. The chances of recovery are less, and employers are fighting back.”

According to Law360, "Maatman surmised that the drop in recoveries could be because of the EEOC litigating the boundaries of the law with novel theories that may not resonate with courts or defendants considering whether to settle or fight."

So, what makes retaliation a more frequently filed charge than others, such as discrimination or sexual harassment? The EEOC treats retaliation charges as independent, separate charge from what it usually accompanies: an original charge of discrimination. According to the EEOC website's "Facts About Retaliation" section:

Thus, the easy-to-understand, mathematical formula for a retaliation charge is:

An employer who takes an Adverse Employment Action + against a Coerced Individual + who engaged in a Protected Activity = has Retaliated against the individual.

Because most retaliation charges are filed in response to an adverse employment action, these accompanying retaliation charges become easier to prove. In addition, it is typically easier for an individual employee to ascertain when he/she has been retaliated against versus discriminated against. Likewise, it is easy for employers to "retaliate" against employees through wanting to make an example of an employee engaging in what is often protected union activity.

In a recent example of the pervasive charge of retaliation in the workplace, a Stark County, Ohio jury returned a unanimous verdict on February 6, which ordered Affinity Medical Center of Massillon, Ohio, to pay Ann Wayt, a registered nurse, $800,000 for defamation of her character and another $750,000 in punitive damages. Affinity, which is operated by the Tennessee-based Community Health Systems chain and is part of one of the most notorious anti-union hospital chains in the U.S., was also ordered to pay Wayt's attorney fees.

After Affinity hospital fired Ann Wayt, it illegally sought to have her nursing license revoked, and then defamed her in retaliation for her outspoken patient advocacy and support for her union. Wayt has worked at Affinity for 24 years and in 2008, Affinity provided clear recognition of her achievements by presenting her the Nurse Excellence Award.

The suit began when nurses at Affinity voted in August, 2012, to join NNOC-Ohio. NNOC Ohio is the state affiliate of National Nurses United, the largest U.S. organization of RNs. Instead of respecting the democratic voice of the nurses and offering to work with them to improve patient care and nurse standards, CHS, which has gained infamy as one of the most anti-union and anti-worker chains in the hospital industry, immediately embarked on a campaign of harassment and retaliation.

Wayt, a prominent union supporter in the hospital's orthopedics unit (where union support was "particularly strong," (as a National Labor Relations Board Judge Arthur Amchan later noted) was directly targeted, as evidenced by the decision of the hospital to begin an investigation against her on the very day of the election. NNOC-Ohio initiated the case on behalf of Wayt and the other NNOC supporters by filing charges with the NLRB.

According to National Nurses United, "Affinity management then trumped up charges of patient care misconduct that Amchan termed in July 2013, 'a pretext to retaliate against her for her union activity' despite a long 'spotless' record as an RN. Affinity not only fired Wayt, it then went to the Ohio Board of Nursing attempting to pressure it to revoke Wayt's nursing license."

Noting the clear violation of federal labor law rights, the NLRB concluded "it is hard to imagine a more effective coercive message to the union supporters… than the termination of a long-term employee with no (or no known) prior disciplinary record." On the basis of that finding, U.S. District Court Judge John Adams in January, 2014, issued a stinging injunction against Affinity for illegal behavior, including the order to reinstate Ann Wayt.

The District Court found Affinity's actions to be "inconsistent with disciplinary actions taken against other persons with similar alleged violations and disproportionate to the offense level." Though Affinity was forced to offer Wayt a return to the hospital, it failed to refrain from defamatory activity against her, and Wayt responded with the civil suit that led to the verdict on February 9, 2015. Affinity is also stalling the court-ordered bargaining with the nurses' union.

Taking a Stand Against Bullying

Wayt said she embarked on this journey "for Affinity nurses and nurses everywhere who are fighting for their right to stand up for patients. Now they see that nurses are strong and we stick together. We aren't going to accept their bullying. I am so very thankful for all of the support of my colleagues through this very trying time. We stuck together and we prevailed!"

Her attorney, Brian Zimmerman, said he is "thrilled for Ann and that the Jury cleared her name and reputation. I am also thrilled that the verdict sends a message to Affinity Med. Center that they can not treat their nurses with such contempt."

"[Ann Wayt stood] up for herself, her family, and her colleagues against the harassment and attacks by a multi-billion corporation on their right to form a union. This verdict is a clear signal that working people can resist, fight back and win against even the most heavily funded attacks by those like the Koch Brothers and other far right groups and their agenda to eliminate unions, laws that protect workers, and public advocates for public safety and economic and workplace justice."