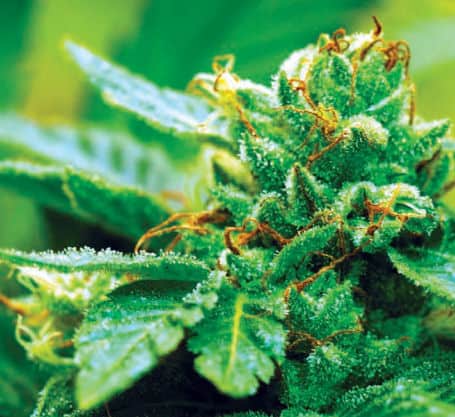 The 9th US Circuit Court of Appeals has ruled that the US Justice Department can’t prosecute people who are strictly complying with state medical marijuana laws.

In ten consolidated interlocutory appeals and petitions for writs of mandamus arising from three district courts in two states, the court vacated the district court’s orders denying relief to the appellants, who were indicted for violating the Controlled Substances Act.

The appellants sought dismissal of their indictments or to enjoin their prosecutions on the basis of a congressional appropriations rider, Consolidated Appropriations Act, 2016, Pub. L. No. 114-113, § 542, 129 Stat. 2242, 2332-33 (2015), that prohibits the Department of Justice from spending funds to prevent states’ implementation of their medical marijuana laws.

The appeals panel held that the appellants have standing to invoke separation-of-powers provisions of the Constitution to challenge their criminal prosecutions.

It ruled that § 542 prohibits the DOJ from spending funds to prosecute people who engaged in conduct permitted by state medical marijuana laws and who fully complied with such laws. However, people who do not strictly comply with all state-law conditions regarding the use, distribution, possession, and cultivation of medical marijuana may be prosecuted.

The panel instructed that if DOJ wishes to continue these prosecutions, the appellants are entitled to evidentiary hearings to decide whether their conduct was completely authorized by state law. The panel wrote that in determining the proper remedy for any violation of § 542, the district courts should consider the temporal nature of the lack of funds along with the appellants’ rights to a speedy trial.

These ten cases are consolidated interlocutory appeals and petitions for writs of mandamus arising out of orders entered by three district courts in two states within the  circuit.

All appellants were indicted for various infractions of the Controlled Substances Act (CSA). They moved to dismiss their indictments or to enjoin their prosecutions on the grounds that the Department of Justice (DOJ) is prohibited from spending funds to prosecute them.

In McIntosh, five co-defendants allegedly ran four marijuana stores in the Los Angeles area known as Hollywood Compassionate Care (HCC) and HappyDays, and nine indoor marijuana grow sites in the San Francisco and Los Angeles areas. These co-defendants were indicted for conspiracy to manufacture, to possess with intent to distribute, and to distribute more than 1000 marijuana plants in violation of 21 U.S.C. §§ 846, 841(a)(1), 841(b)(l)(A). The government sought forfeiture derived from such violations under 21 U.S.C. § 853.

The court vacated the orders of the district courts and remanded them with instructions to conduct an evidentiary hearing to determine whether Appellants have complied with state law.