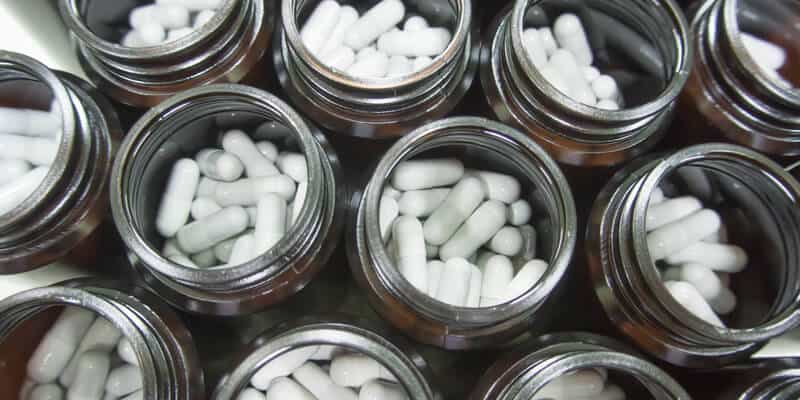 By Anjelica Cappellino. This article is reprinted from The Expert Institute.

There has been a huge spike in mass tort litigation due to the Johnson & Johnson medication, Risperdal, an anti-psychotic drug used to treat schizophrenia and other psychiatric disorders. Risperdal has been the center of litigation for years due to allegations that the drug causes breast tissue growth in young men, a condition called gynecomastia. This past year, however, Risperdal has accounted for over a third of all mass tort lawsuits pending in the Philadelphia Complex Litigation Center. Mostly comprised of individual suits rather than class actions, the verdicts may differ greatly, depending upon the evidence presented in each case. Due to the scientific and medical nature of the drug’s effects, experts in the field may strongly impact the verdict.

Risperdal has received a significant amount of attention dating back to 1994, when the drug first went on the market and Johnson & Johnson was accused of illegal marketing activities. In one of the largest health care fraud settlements in United States history, Johnson & Johnson was forced to pay more than $2 billion in penalties and settlements to state and government entities as a result of lawsuits relating to Risperdal and two other drugs, as well as civil and criminal complaints about their use. The Department of Justice stated Risperdal and two other Johnson & Johnson drugs were promoted for dementia patients, when Risperdal was approved only to treat schizophrenia. The Food and Drug Administration did not approve this use as safe and effective.

Deceptive marking actions are not the only claims against Risperdal.  The largest cause of action against the drug is that it causes men to develop gynecomastia. This breast development can have devastating and long-term effects on young men. At least 13,000 product liability claims involving Risperdal have been filed in courts around the United States, alleging that Johnson & Johnson was aware that the medication could cause gynecomastia, but concealed that information to the public.

Most of the current litigation is pending in the Los Angeles Superior Court and the Philadelphia Court of Common Pleas in Pennsylvania, where a small group of cases went to trial as part of a bellwether trial process. In February 2015, in one of the first cases to go to trial, a Pennsylvania jury awarded $2.5 million in damages to a 20-year old male plaintiff who had been using Risperdal since he was eight years old. A month later at the second trial, the plaintiff was not awarded any damages after a jury concluded that there was insufficient evidence that Risperdal caused his breast growth. However, the jury did find that the company provided inadequate safety warnings. In November of that same year, a separate jury in the same court awarded $1.75 million to another Risperdal user who developed breasts after taking the drug since age five. In July 2016, the largest award in Philadelphia Risperdal litigation was reached. A jury awarded a Tennessee teenager $70 million in damages after finding that Johnson & Johnson officials failed to warn the young man and his family that the drug could cause him to grow breasts. Most recently, in January 2017, Johnson & Johnson entered into a pre-trial settlement days before another Philadelphia trial, a case which would have been the seventh trial about Risperdal’s link to gynecomastia.

How Have the Experts Weighed in?

Since the inception of the first lawsuit, expert witnesses were vital to the outcome of the case. David Kessler, a pediatrician and former Food and Drug Administration Commissioner, has been a vocal expert witness in the Risperdal litigation. Since 2012, Kessler has offered his expert services to plaintiffs as both a pediatrician and failure-to-warn expert, writing detailed reports about Johnson & Johnson’s promotion of Risperdal for non-approved uses in children. In 2015, Kessler testified in a Philadelphia trial that Johnson & Johnson knew as early as 2001 that Risperdal could cause gynecomastia in boys, five years before the company adding a warning about such a side effect on its label. The crux of most Risperdal cases is whether the company adequately warned the plaintiff of the drug’s side effects. Therefore, expert testimony like Kessler’s is indispensable in establishing that Risperdal did not contain adequate warnings of its possible side effects.

As plaintiffs often begin taking Risperdal in their youth, pediatricians have served as vital expert witnesses in explaining the effects of the drug on young males. Pediatric neurologists and endocrinologists have testified to explain how the drug affects the hormone levels and nervous system. Specifically, the drug stimulates the pituitary gland and elevates levels of prolactin, a hormone that is related to female breast development and lactation in nursing mothers.

In addition to Risperdal’s long-term effects on young men, the causal link between Risperdal and gynecomastia must also be established. As David Kessler previously testified in January 2015, he concludes that there is a connection. Kessler has pointed to a clinical trial, funded by Johnson & Johnson, that showed 3.8% of young males using Risperdal developed breasts. Kessler testified that the medication “probably or very likely” triggered the condition. Because gynecomastia is caused by elevated amounts of prolactin, experts have testified that if children’s levels of prolactin are monitored while on the medication, the development of gynecomastia can be more easily recognized, opposed to incorrectly attributing the side effects to weight gain.

In light of the growing mass tort litigation, the Philadelphia Court of Common Pleas is scheduled to convene a meeting on March 9, 2017 concerning its centralized docket of Risperdal claims. Although several plaintiffs have reached confidential settlements prior to trial thus far, there are thousands of cases that are still pending and there are no signs that litigation will slow down in 2017.