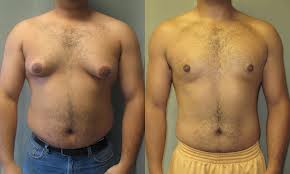 Johnson & Johnson and its Janssen Pharmaceuticals unit have agreed to pay $5.9 Million to settle a Risperdal lawsuit that accused the companies of improperly marketing the atypical antipsychotic medication.

According to court documents, the lawsuit was filed in 2008 by the Montana State Attorney General, and had accused the companies of employing illegal, unfair, and deceptive practices in the marketing of Risperdal. The state had also charged that Johnson & Johnson and Janssen were aware of research that indicated Risperdal could put patients at risk for serious side effects, but concealed those dangers.

In agreeing to settle the case, Johnson & Johnson and Janssen did not admit to any wrongdoing.

"Some of the allegations put forth in this lawsuit echo those contained in product liability claims filed on behalf of alleged victims of Risperdal gynecomastia (male breast growth) and other side effects," according to Bernstein Liebhard LLP, a nationwide law firm representing the victims of defective drugs and medical devices. The firm is currently offering free legal consultations to young men and boys who allegedly developed Risperdal gynecomastia, or male breast growth, due to their use of the drug.

Risperdal is an atypical antipsychotic that is used to treat adolescents and adults with schizophrenia and bipolar disorder, as well as irritability associated with autistic disorder in children ages 6-to-16. The active ingredient in Risperdal is risperidone, which works by affecting the levels of dopamine and serotonin in the brain.

Montana is just one of a number of states that have filed suit against Johnson & Johnson and Janssen over the marketing of Risperdal. According to court documents, the companies are currently appealing judgments awarded to the states of South Carolina and Arkansas in similar cases. Last month, the Louisiana Supreme Court granted their appeal of another Risperdal lawsuit, and overturned a $257 million judgment awarded to the state in 2010.

In November 2013, Johnson & Johnson and Janssen agreed to pay $2.2 billion to settle charges with the U.S. Department of Justice involving the marketing of Risperdal and other medications. Among other things, federal prosecutors had charged that Risperdal was improperly marketed for use in children, and accused the companies of concealing the risk of Risperdal gynecomastia.

As part of that settlement, Johnson & Johnson and Janssen pled guilty to a single criminal misdemeanor charge of misbranding the medication as a treatment for elderly dementia patients.  However, the companies did not admit wrongdoing in resolving the charges pertaining to the marketing of Risperdal for children.

Court documents indicate that Risperdal is the subject of more than 200 product liability claims pending in a consolidated litigation in Philadelphia Common Pleas Court in Pennsylvania. Dozens of these lawsuits were filed on behalf of alleged victims of Risperdal gynecomastia. Plaintiffs in these Risperdal lawsuits allege that Johnson & Johnson and Janssen concealed this risk from patients and doctors, and assert that the companies improperly marketed Risperdal for use in children long before the drug was cleared for such uses in 2006. (Risperdal Litigation, case number 100300296)

Individuals who may have suffered Risperdal gynecomastia due to their use of this medication could be entitled to compensation from Johnson & Johnson and Janssen. Learn more about filing a Risperdal lawsuit by visiting Bernstein Liebhard LLP's website.