Risperdal Civil Penalty Reduced by $12 Million Despite Lies to FDA 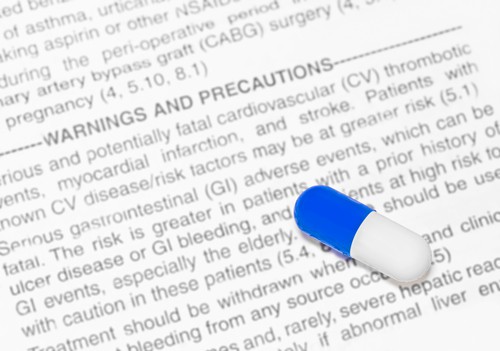 Janssen did not disclose the results of the studies that gave negative results, and only disclosed those with favorable results.

The Attorney General of South Carolina filed a lawsuit against Janssen in April 2007, seeking civil penalties for its medication labeling and "Dear doctor" letters deceptively omitting and minimizing the risk associated with Risperdal use in violation of the South Carolina Unfair Trade Practices Act (SCUTPA).

When asked by the Food and Drug Administration (FDA) to submit a review of all clinical data related to the side effects of Risperdal, Janssen did not disclose the results of the studies that gave negative results, and only disclosed those with favorable results. It also further indicated to the FDA that no long-term clinical trials had ever taken place. Regardless, the FDA required that all atypical antipsychotic medications, including Risperdal, include a warning label about hyperglycemia and diabetes.

In response to the label requirement, according to an email sent by a Janssen Director, Janssen “work[ed] hard on a strategy to avoid Risperdal being thought of as a diabetes-inducing medication. Instead, when worried about diabetes, we want doctors to prescribe Risperdal.”  Janssen did so by using Dear Doctor Letters (DDL) to “soften the blow” of the new warning label requirement.

The letters disseminated to prescribing doctors contained false information, stating that evidence suggested that Risperdal was not associated with an increased risk of diabetes and associated with a lower risk of diabetes than other studied atypical antipsychotics.  Janssen’s field sales teams also further communicated to physicians that Risperdal had a “0%” increased diabetes risk compared to placebo, according to court documents.

In the original lawsuit filed in 2007 by the South Carolina Attorney General, the trial court issued an order assessing $300 per box penalties for the labeling and $4000 for each Dear Doctor Letter, totaling a claim against Janssen for $327,073,700.

Janssen filed an appeal on numerous issues, which the court found to be “without merit or unpreserved.”  The court only revisited the issue of the statute of limitations on the labeling violations and limited those violations to a three-year period from January 2004 to the filing of the lawsuit in 2007, reducing the penalty to $136 million.  The court then further reduced the labeling claim penalties from $300 per box to $100 per box, resulting in an additional $12 million reduction in penalties, resulting in a final civil penalty against Janssen for $124,324,700.