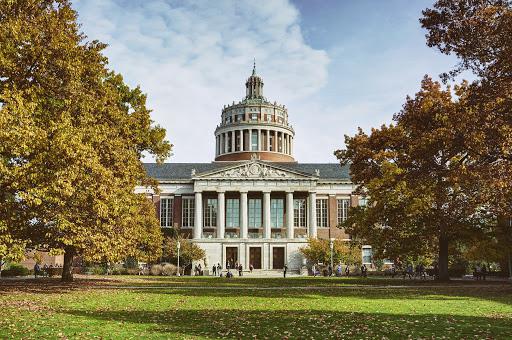 The University of Rochester settled a long-running legal case over alleged sexual harassment within its brain and cognitive sciences program for $9.4 million, parties announced Friday. In a joint statement, Rochester thanked the nine former students and professors who sued it in 2017, alleging misconduct by T. Florian Jaeger, professor of brain and cognitive sciences. The plaintiffs also alleged retaliation by other faculty members and administrators for blowing the whistle on their colleague and instructor.

Plaintiff Richard Aslin, a former dean of arts and sciences at Rochester who is now a clinical professor of psychology at Yale University, said, “We hope this settlement encourages people affected by discrimination and retaliation to seek justice and never give up.”

Presumably referring to the 2018 resignation of former president Joel Seligman over how he handled the Jaeger case, Aslin said he hoped Rochester’s changes to its “leadership and policies will send a signal to other institutions that there is a more productive way to handle complaints about harassment.”

Read the source article at Inside Higher Ed