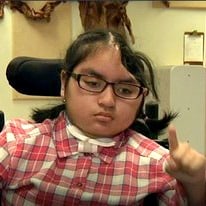 Isabella Sanchez suffered a traumatic brain injury when a car hit her as she walked to her school bus.

A San Bernardino Superior Court jury awarded an 11-year-old girl $36.1 million for severe injuries she suffered when a car struck her as she tried to cross the street in order to board her school bus.

The accident took place in Highland, CA, on the morning of October 3, 2012, when the plaintiff, Isabella Escamilla Sanchez, was six years old. She attempted to cross 9th street mid-block to get to the bus stop where her school bus was en route to Bonnie Oehl Elementary School.

The driver of a Subaru Impreza struck the child, causing catastrophic injuries that include a traumatic brain injury and fractures to her neck, arm, leg and pelvis.

The jury found Durham School Services and one of its drivers 80% at fault and Isabella's mother, Carina Sanchez, 20% responsible. The jury did not find any negligence on the part of the Subaru driver. The trial lasted 5 weeks and the jury deliberated two days before reaching a verdict.

The Sanchez family sued Durham for failing to report and prevent mid-street crossings, which is a blatant violation of its own policies and procedures. It was a common practice for parents and students to cross 9th street mid-block directly in front of the Durham bus.

All the parents with children at the same bus stop testified at trial that they never used the controlled intersection near the stop because they didn't appreciate the danger and always crossed in the middle of the block. Parents testified that they frequently crossed the street in plain view of Durham bus drivers who never took steps to prevent this behavior.

The San Bernardino School District's transportation director stated at trial that the drivers are the "eyes and ears for the school district" and that the district relies on drivers to report dangerous conditions at bus stops including unsafe mid-block crossings.

Witnesses for both Durham and the district testified that an effective progressive warning process to parents, begins with a verbal warning, then a written report and eventually a student losing bus privileges if the behavior is not corrected. However, in order for the process to work the dangerous behavior has to first be reported by drivers. According to testimony, the bus drivers never notified the district of the mid-block crossings.

"More than anything I don't want any other little kid to go through what I've been going through," Sanchez told the Los Angeles Times. "We're trusting the bus companies with our kids, for them to have a better future, and we don't want nothing to happen to them."

Isabella's traumatic brain injury requires 24-hours a day, 7-days a week licensed vocational nursing (LVN) care for the rest of her life. The money awarded by the jury will go into a court-approved trust fund to cover the cost of Isabella's medical care.

"This is an important victory for Isabella and the community. We hope this will lead to drivers being more vigilant about bus stop safety," said lead plaintiff attorney Geoffrey Wells. "If Durham had followed its own policies and procedures this accident would never have happened," added Wells.

"Parents and bus companies both need to exercise more caution when kids are going to and from their bus stops," said plaintiff attorney Ivan Puchalt. "The important thing for Isabella is that now she will have enough money set aside in a trust to take care of her medical needs for the rest of her life."

"I am very happy that we were able to bring justice and accountability to Isabella's family. We hope this verdict sends a message to school bus companies to follow their own rules so we can prevent such a tragedy in the future," said co-counsel Andy Basseri.