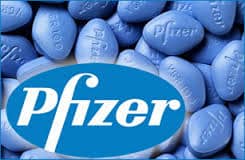 The Second Circuit revived a securities class action against Pfizer over the alleged hidden health risks of two of its drugs. The Second Circuit found that the lower court improperly excluded the plaintiffs’ expert witness from testifying erred when it granted the drug manufacturer summary judgment.

The federal appeals court remanded the case for further proceedings, saying District Judge Laura Taylor Swain overstepped when she barred the plaintiffs’ expert from testifying at the scheduled 2014 trial. The testimony would have focused on loss causation and damages associated with Pfizer Inc.’s alleged misrepresentations about the cardiovascular risks of its arthritis pain drugs Celebrex and Bextra.

Concerns about the safety of Celebrex and Bextra mounted in late 2004 when rival Merck & Co withdrew its own Vioxx drug because of associated cardiovascular risks. Pfizer pulled Bextra from the U.S. market the following April, and agreed in September 2009 to pay $2.3 billion to settle a U.S. Department of Justice probe into the marketing of Bextra and other drugs.

Shareholders accused the New York-based company of having concealed tests that began in 1998 and suggested health risks associated with Celebrex and Bextra.

The Second Circuit held Judge Swain was wrong to conclude that jurors could not find Pfizer liable for statements by G. D. Searle & Co and Pharmacia Corp, which previously made Celebrex and Bextra.

Writing for the appeals court, Circuit Judge Debra Ann Livingston said Swain "went astray" in excluding Fischel's expert testimony because of his failure to "disaggregate" alleged misrepresentations by Pfizer that may have inflated its stock price from any misrepresentations by Searle and Pharmacia.

Judge Swain excluded University of Chicago Law Professor Daniel Fischel from testifying on behalf of the plaintiffs in May 2014, and then dismissed the case on summary judgment in July 2014. The dismissal came after the defendants argued that the investors could no longer sustain key elements of its claim.

Judge Swain’s stated reasons for excluding the expert were that she had already decided that Pfizer was not liable for the alleged misrepresentations by companies that manufactured Celebrex and Bextra prior to Pfizer. Judge Swain also ruled that Fischel had improperly adjusted his study of Pfizer’s stock price after she determined that two of the trading days under study weren’t linked to the alleged fraud.

“We conclude that the district court erred in its earlier summary judgment ruling that no reasonable jury could find Pfizer liable for certain statements made by companies that owned the drugs before Pfizer,” the Second Circuit wrote in an opinion by Circuit Judge Debra Ann Livingston.

"Plaintiffs' theory is directly contrary to this idea: they argue that Pfizer is liable for all the artificial inflation related to Celebrex and Bextra because, through its own fraudulent conduct, Pfizer concealed the same information as its predecessors," Livingston wrote. In that context, she added, "Fischel's testimony can be helpful to the jury."

Battle of the experts

Circuit Judge Rosemary S. Pooler questioned how Judge Swain, after initially upholding the lawsuit and certifying the class of plaintiffs, could have effectively tossed the claim over an expert report just months before it was set to go to trial. “Why isn't this just a battle of experts for the jury to decide?” she asked at the hearing.

Judge Livingston’s 63-page opinion for remand expanded on the Second Circuit’s concerns. Among other things, she said the district court had abused its discretion when it excluded Fischel’s testimony. The district court also incorrectly decided that Fischel had needed to untangle the market effects of Pfizer’s allegedly fraudulent statements from the effect of statements by Celebrex’s and Bextra’s prior manufacturers, regardless of whether Pfizer would be liable for these as well.

“As for Fischel’s adjustment to the price increases, the district court did not abuse its discretion in concluding that this change was not sufficiently reliable to be presented to a jury,” Judge Livingston wrote. “However, Fischel’s error did not render the remainder of his [entire] testimony unreliable.”

The suit will now move forward, this time with the plaintiffs’ key expert testimony.

The appeal is In re: Pfizer Securities Litigation, case number 14-2853, in the U.S. District Court for the Second Circuit.

The underlying case is In re: Pfizer Inc. Securities Litigation, case number 1:04-cv-09866, in the U.S. District Court for the Southern District of New York.