We Cannot Deny Due Process To Minors in Slenderman Stabbing Case 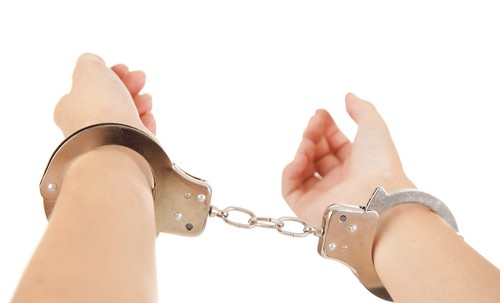 By Mark M. O’Mara, a Partner with the O’Mara Law Group in Orlando, FL.

Two girls were arrested hours after the victim was discovered, the complaint says. They were being held on preliminary charges of attempted first-degree intentional homicide.

What do you do with two 12-year-old girls who stabbed a friend in the woods multiple times to appease a sinister character from popular horror fiction?  It’s a tough question, and there aren’t any easy answers, but I’ll tell you what you don’t do: You don’t deny them their Miranda rights, and you don’t charge them as adults.

We essentially have two different criminal justice systems in the United States: one for children and one for adults.  We do this because, as a society, we have come to recognize that children are often products of their environment -- that they sometimes lack the cognitive ability to make fully rational decisions and that we are to teach, and redirect, our children rather than just punish them.

The sentences we mete out in our justice system are designed to punish, to rehabilitate, and to keep dangerous individuals away from the rest of society.  The standards for what are effective punishment and rehabilitation for a juvenile -- who has not fully developed their capacity to reason -- are and should be different that the standards imposed on adults.

A child who is a danger to society, with proper care, may not necessarily grow to be a danger as an adult. This is why, in many states, we’ve banned the death penalty and life sentences for minors.

Were they acting as adults?

There are times, however, when juveniles act like adults and commit heinous crimes -- rapes and murders -- with adult motivations.  Because of these circumstances, most states have provisions whereby prosecutors can choose to try juveniles in adult court.  Most of the time, this threshold is about 16-years of age.  In Wisconsin, the threshold is 10.

In the Wisconsin case, a reasonable factor to consider is whether these 12-year-old girls who stabbed their friend were acting like adults.

Reports indicate that one of the suspects told police about a fictitious character called Slenderman, whose realm they could enter only if they first killed someone. This is considered the motive for the stabbing.  This is not the motive of an adult -- if it were, it would be grounds for an insanity plea.

Charging these girls as adults is ridiculous, and it’s against the spirit of our criminal justice system.

Moreover, it’s recently been revealed that during interrogation, police got both of the girls to confess to the stabbing outside the presence of either a lawyer or a legal guardian.  According to police, the children waived their Miranda rights.  Waukesha Police Captain said, “If they didn’t request, we’re not providing it.”

These girls’ rights have been violated.  It defies logic to assume that two 12-year-old girls who stabbed their friend to appease an imaginary monster have the capacity to understand their right to due process, and I’m not the only one to thinks so.

Police must consider a suspect’s age

In a 2011 ruling, the Supreme Court found that juveniles are assumed not to have the capacity to fully understand their rights.  Justice Sotomayor, writing the majority opinion, said that police must consider a suspect’s age when issuing a Miranda warning. She wrote:

[sws_blockquote_endquote align="" cite="" quotestyle="style01"] It is beyond dispute that children will often feel bound to submit to police questioning when an adult in the same circumstances would feel free to leave.  Seeing no reason for police officers or courts to blind themselves to that commonsense reality, we hold that a child’s age properly informs the Miranda custody analysis.[/sws_blockquote_endquote]

Even if the police didn’t violate the girls' rights -- and they probably have -- obtaining a confession from a minor outside the presence of a lawyer or her parents is bad police work.  Should the confession ever make it into evidence, and it shouldn’t, a good defense lawyer should be able to shred it to pieces in court.  The police should know this, and they should know that extracting a confession from a minor in such a way could undermine the entire case.

I wasn’t always a defense attorney.  I started my career as a prosecutor for the Seminole County State Attorney's office.  While there, a case came across my desk -- a very young teenager, whose pregnancy had been unnoticed by friends and family, gave birth in her bedroom.  She hid the infant behind her bed and left it there. The newborn died from the neglect.  When the police became involved, they interrogated her outside the presence of her parents and without a lawyer, and they got her to confess to murder.

I felt her rights had been violated.  I knew it was an ill-gotten confession, and against the objections of my superiors, I made sure the public defender assigned to the case understood the circumstances.  As a result, the case pled-out to a far lower charge than my office wanted, and I soon found that I had worn out my welcome at the State Attorney’s office.

I’ve been a criminal defense attorney ever since. Being a criminal defense attorney means working to ensure that everyone accused of a crime -- no matter how heinous the crime -- has due process.  And it means speaking out when I see the rights of citizens accused being violated, and the rights of these two girls in Waukesha, Wisconsin have clearly been violated, and by compromising their own investigation, the police have framed a scenario where the system may fail to provide justice -- either for the victim and her family, or for the girls who are accused.​

Attorney Mark M. O'Mara of Orlando, FL, is a Legal Analyst at CNN. For the last 28 years, he has handled both Criminal Defense cases, including all state and federal crimes, and Family Law matters, including divorces, child matters and modifications and enforcement of support orders. He is Board Certified by the Florida Bar in Criminal Trial Law and in Marital and Family Law.