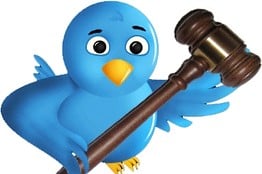 2014 Formal Ethics Opinion 8 rules that a lawyer may accept an invitation from a judge to be a “connection” on a professional networking website, and may endorse a judge.

Your next social media invite may be from your local  judge, at least in North Carolina. Judges and lawyers in North Carolina may now interact on commonly used social networking sites such as Facebook and Twitter, according to a new North Carolina State Bar ethics opinion.

The Bar’s ethics opinion focused on lawyers and judges maintaining their ethical responsibilities while connecting with one another on LinkedIn.

LinkedIn is the professional social networking site, where users make connections with one another in their current or desired field. These contacts may also endorse or  recommend “skills & expertise” for members.

In this opinion, endorsements are not limited to professional skills -- personal skills are also applicable.

Attorneys must be aware that judges may not engage in ex parte communication regarding issues the judge may be considering. These actions are prohibited by traditional rules of ethics.

While interacting attorneys must:

Many Judicial Officials Use Social Media

While many lawyers and law firms use social media as a marketing and employment tool, a summary from the UNC School of Government states as of 2012, 46.1% of judges maintained a social media profile. Facebook was the most popular among the judges surveyed.

Facebook, Twitter, and Instagram are often used as a personal outlet for friends and co-workers alike. Legal professionals are allowed to interact with one another outside of the office.

In fact, the Bar’s opinion states “Interactions with judges using social media are elevated in the same manner, as personal interactions with a judge, such as an invitation to dinner.”

It is not all surprising the Bar issued an opinion clearing up the controversy with legal professionals using social media. North Carolina follows suit with states such as South Carolina, New York and Florida -- all of which have issued  similar ethics decisions.

This opinion helps establish guidelines and prevent incidents such as one in 2009 where an Iredell County judge was reprimanded for speaking with an attorney over social media about a pending legal matter.

Everyone will not agree with the changes and may believe the legal profession continues to lose its traditional norms. But, could one imagine hitting the “like” button on a judge’s selfie, after all everyone has time for a quick photo, right?