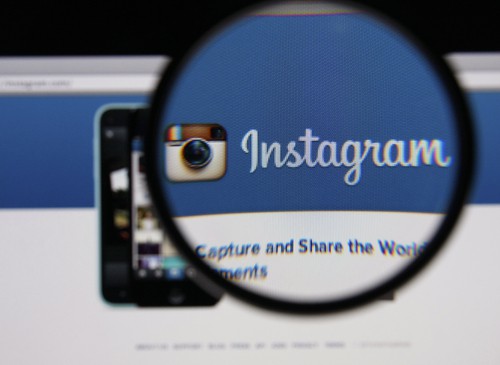 Keep your friends close, and your Instagram friends even closer.   One of your online friends might be the police and a search warrant is not needed to befriend you on social media.

A US District Court Judge in New Jersey ruled that photos and information obtained by police through an undercover Instagram account can be admitted as evidence against a suspected high-end residential burglary ring leader, according to the December 15, 2014 court opinion.

[sws_pullquote_right]See also: Florida Court Finds No Expectation of Privacy on Facebook. The case of a possibly malingering plaintiff has led a Florida court to rule that Facebook users have no right of privacy in the photos they put online. [/sws_pullquote_right]

Daniel "Tokyo" Gatson was released from prison in 2012 for burglary convictions, including one of former New York Knicks basketball star Patrick Ewing’s home. Within two weeks law enforcement began investigating a series of more than 40 residential burglaries that occurred in New York, New Jersey, Pennsylvania, Virginia, and Georgia, according to the Bergen County prosecutor's office.

A task force composed of the Bergen County police department and sheriff’s office, and the FBI used an undercover Instagram account to become “friends” with Gatson, which he accepted, according to the court opinion.

Gatson posted pictures on Instagram depicting items he had stolen, making them available for his Instagram friends to see, including the police.  “Consensual sharing of this type of information” does not require a search warrant, even if the accepted “friend” is a fake account created by police, according to the court opinion.

GPS location data for several cell phones linking Gatson to the homes and areas where the burglaries occurred were also obtained without the use of a search warrant, as one phone had no registered subscriber and the other phone in use was registered to one of Gatson’s girlfriends, according to the court opinion.

The police did obtain a state wiretap authorization for intercepted phone communications related to the crimes and federal search warrants for Gatson’s residences in North Bergen, New Jersey and Stone Mountain, Georgia, placement of a car bug in the van rented to commit the burglaries, and search warrants for Gatson’s electronic devices, which were all upheld as valid in the court opinion.

Authorities’ use of social media

From 2010 to mid-2012, more than 1,000 published court cases involved social media evidence, according to two studies by the Forensic Focus website.  Generally, law enforcement authorities are required to provide only a subpoena for records from social media companies, without needing to notify the account holders that their accounts had been searched and seized.

In response, social media companies are now notifying account holders when their data is requested by law enforcement, according to the Who Has Your Back? Report from the Electronic Frontier Foundation.   Facebook even has an operational guideline policy for law enforcement seeking records, requiring a valid subpoena, court order or search warrant.

Authorities and the general public for that matter are able to view and use any publicly posted and shared social media information.   Even if the social media account is made “private,” making it only accessible to approved “friends,” authorities can bypass the privacy setting by creating a fake “undercover” account if the user accepts the friend request.

“Where Facebook privacy settings allow viewership of postings by “friends,” the Government may access them through a cooperating witness who is a “friend” without violating the Fourth Amendment” as in the case of U.S. v. Meregildo (883 F. Supp. 2d 523, 525 (S.D.N.Y. 2012)) where a Facebook “friend” was a cooperating witness and allowed law enforcement to access Meregildo’s posts regarding his violent acts and gang activity.

Although criminal cases are the most common using social media evidence, other litigations such as insurance and personal injury claims, employment claims, family law and trademark infringement cases can also be impacted by the use of social media evidence, as indicated in the Forensic Focus study.  A picture is worth a thousand words and more when the pictures are archived forever in cyberspace.

The FBI and Bergen County police department arrested Gatson on October 11, 2013 along with other ring members on conspiracy to transport, possess, and receive stolen goods and transportation of stolen goods across state lines, based on evidence obtained, including the Instagram photos and statements.  The case is United States v. Gatson in the District Court of New Jersey Criminal No. 13–705