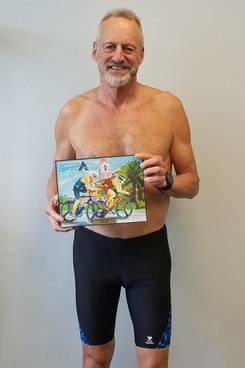 A 66-year-old attorney’s Speedo-style swimwear lawsuit was revived by a New York appellate court and the attorney’s case will now proceed to a trial.

The New York Supreme Court Appellate Division, Second Department, determined the defendant – and former seasonal employer – parks and recreation department failed to provide a legitimate reason as to why Roy J. Lester of Lester & Associates PC was required to wear a Speedo-style swim brief for a lifeguard certification test.

Plaintiff Roy Lester held a seasonal job at the Jones Beach State Park when he lost his job at age 57 in 2007. Lester asked to take his lifeguard recertification while wearing a bicycle-short style swimsuit rather than a state-issued lifeguard racing brief. Lester again attempted to take a new hire lifeguard certification test in 2008, but his request to take the exam in the more modest suit was again refused by the parks department.

Lester worked for many years as a seasonal lifeguard at Jones Beach. Prior to 2007, Jones Beach did not place any restrictions on the type of swimsuit a candidate could wear while taking either the new hire or rehire lifeguard test.

Lester also alleged, and the appellate court agreed, that younger applicants were wearing various different types of swimsuits and – unlike him – were not prohibited from taking the test. The New York appellate court determined the parks department failed to demonstrate a legitimate reason why Lester could not wear a more modest swimsuit of his choice.

“The defendant failed to eliminate all triable issues of fact as to whether it had legitimate, nondiscriminatory reasons for refusing to allow the plaintiff to take the test for new hires in a ‘jammer’ [boxer-style] swimsuit.” The appellate panel’s decision reversed that of Justice Michele Woodard of the Nassau County Supreme Court. Justice Woodard granted a motion for summary judgment in favor of the state in 2014.

The appellate division additionally felt trial was necessary on the plaintiff’s part. “The plaintiff also failed to demonstrate his entitlement to judgment as a matter of law since he did not eliminate all triable issues of fact as to whether the defendant's reason for not allowing him to wear a "jammer" during his new hire test was legitimate and nondiscriminatory or pretextual.”

Since neither party was entitled to summary judgment, Lester’s case will now proceed to trial.