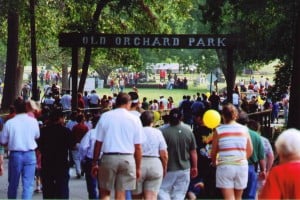 The supreme court of Texas has revived a premises-defect case against the City of Diboll, Texas, for a trip-and-fall injury sustained by a spectator at a youth softball game held a city park baseball complex.

Carolyn Burns attended her granddaughter’s softball game at the Old Orchard Park baseball complex operated by the City of Diboll.  While leaving the complex with approximately 1,500 other spectators, Burns tripped on a hollow pipe protruding from a walkway, causing her injury.

The Supreme Court of Texas reversed the appeals court decision and remanded the case back to trial court, ordering the use of its recent opinion holding that determined that the recreation use statute is inapplicable to spectators at outdoor competitive-sporting events.

In the case of  University of Texas at Arlington v. Williams, the supreme court issued an opinion after the court of appeals’ opinion that “compels a different conclusion” in Burns case because the Williams opinion held that “neither watching a competitive-sporting event nor related acts of egress are encompassed in the recreation use statute’s definition of ‘recreation.’”  In the Williams case, a spectator parent was injured while she leaned on a gate with a broken latch.

The court remanded the case to the trial court, which has Burns estate’s personal representative as plaintiff because Burns died in an automobile accident while her case was pending.

The case is Louie Lawson, Representative of the Estate of Carolyn Burns v. City of Diboll, Texas, case number 15-0037 in the Supreme Court of Texas.