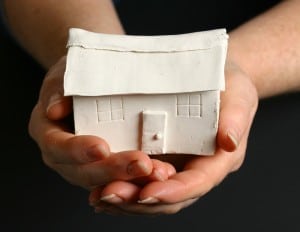 A Florida appeals court reinstated a bad faith action against State Farm Insurance, expanding an earlier precedent by ruling that it was not necessary to prove a breach of contract.

In Cammarata v. State Farm Fla.Ins. Co., the Fourth District Court of Appeal held State Farm Florida was liable for failing to settle the Cammarata’s homeowner's claim in good faith and ruled that a judicial determination that State Farm breached the insurance policy is not required.

This decision is opposite Lime Bay Condominium v. State Farm Fla., where the appellate court held liability for breach of contract must be determined before a bad faith claim can be brought. 94 So. 3d 698 (Fla. 4th DCA 2012).

The policy holders, Joseph and Judy Cammarata, sustained damage to their home after Hurricane Wilma swept through Florida in October 2005. Nearly two years later they filed a property damage claim under their homeowner's policy.

State Farm Florida refused liability for the damages because the appraisal estimate was lower than the deductible. The Cammaratas disputed this estimate and engaged in an appraisal process with the insurer, which continued for four years, from April 2008 to October 2009.

Finally, State Farm issued a settlement in December 2009. Soon after, the insureds filed their bad faith action against State Farm for failing to settle the claim in good faith.

On appeal, State Farm argued that the Cammaratas’ bad faith claim was not ripe because the insurer's liability for a breach of contract claim had not been determined .

A neutral umpire found the damages to the home were higher than the policy deductible. This determination not only countered State Farm’s initial reason for denying the policy holder’s benefit claim, but also determined the insurer's liability.

The court found that State Farm's payment to the insured satisfied a determination of the extent of damages. The settlement constituted a favorable resolution and satisfied the requirements for a bad faith action.

Liability and damages determinations may be established by litigation, settlement or arbitration. See Imohf v. Nationwide Mut. Ins. Co 643 So. 2d 617 (Fla. 1994) (held a settlement by the insurer through arbitration is the functional equivalent of a determination of damages). See also Vest v. Travelers Ins. Co. 710 So. 2d 982, 984 (Fla. 1st DCA 1998) (held a resolution of some kind in favor of the insured is a prerequisite.)

This opinion can be found here.