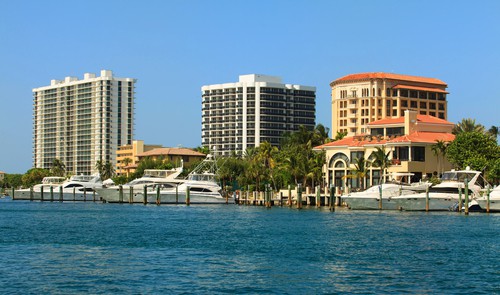 The Fifth Circuit Appeals Court affirmed a lower court’s decision to allow a condo owner to proceed in a class-action against a condominium developer and drywall supplier for the loss of market value to their condo’s as a result of the stigma of being associated with the faulty condominium building.

Sixty-Fifth and One, LLC (Sixty-Fifth) developed a Florida Condominium complex, Lauderdale One, using drywall supplied by Banner Supply Company Pompano, LLC (Banner).  The drywall used to construct one of the condo buildings, Building One, was Chinese Drywall that was imported to the United States from 2005-2008.

After federal actions were brought against Sixty-Fifth and Banner and transferred to a multi-district litigation panel, both reached settlements in the class actions claims against them in 2013.

Loss of value from stigma

Ralph Mangiarelli, Jr. owned a condo at the Lauderdale One Condominium complex, but in Building Two, where the Chinese Drywall was not used.  Mangiarelli and other Building Two residents filed a class action complaint against Sixty-Fifth and Banner for the loss to the market value of their condos as a result of being associated with Building One, even though their own walls are not built with the Chinese drywall.

On appeal, the Fifth Circuit court affirmed the district court’s decision, finding that it did not err in denying Sixty-Fifth and Banner’s motions.  The court rejected Sixty-Fifth and Banner’s argument that Mangiarelli’s claims fell within the scope of the original settlement agreements because they arose from claims related to the Chinese Drywall.

“Nonsensical” to require opt out

The court clarified that because the opt out provisions from the original settlement case contemplated only plaintiffs seeking damages to an “affected property, the opt out did not apply to Building Two.  The court stated, “it spurns simple reasoning to require individuals to opt out of a settlement agreement under which they were never entitled to compensation.”

Sixty-Fifth and Banner also attempted to argue that individuals could be class members and barred from recovery.  The court rejected the argument and agreed with the District court that it would be “nonsensical” to find that Mangiarelli was a class member under the original settlement agreements.

The court refused to address Sixty-Fifth and Banner’s argument that Mangiarelli had a shared ownership interest in the common area of Building One, giving him a sufficient connection to the property to make him a class member under the original agreement.

The court refused because the issue was addressed for the first time on appeal. In a footnote, the court stated that even if it had addressed the argument, it was a misguided one because Mangiarelli is not suing for damages to the common area, but instead for the stigma that came from the use of the Chinese Drywall.

The case is Ralph Mangiarelli, Jr. v. Sixty-Fifth and One, LLC; Banner Supply Company Pompano, LLC., case number 14-31355, in the United States Court of Appeals for the Fifth Circuit.