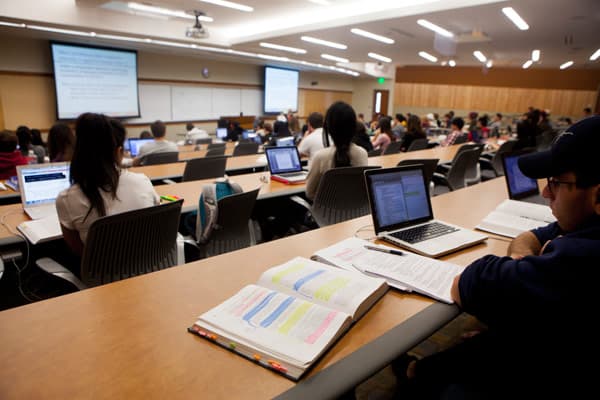 The law school said in national publications that 80.1% of all students received law-related jobs within nine months of graduation.

A California judge denied the bid by Thomas Jefferson School of Law (TJSL) to dismiss the case that accuses the school of falsifying post-graduation employment numbers to encourage students to enroll. San Diego Judge Joel Pressman stated there were still issues in the lawsuit that should be decided by a jury.

Four former students joined in the suit after not receiving law-related employment within the TJSL advertised nine months post-graduation.

The original complaint stated that Anna Alaburda sent out more than 150 resumes to law firms and practicing attorneys. Within three years, Alaburda only received one job offer that was less than desirable.

Meanwhile TJSL represented in national publications that 80.1% of all students received law-related jobs within nine months of graduation.

Based in San Diego, 1,120 students attend TJSL. It was founded in 1969 and is accredited by the ABA. According to the law professor blog The Faculty Lounge, only 28.8% of the Class of 2012 was employed in full-time, long-term positions requiring bar admission, ranking 192nd out of 197 law schools.

This motion was the fourth time the school asked the court to throw out the case, according to the San-Diego Tribune. All plaintiffs submitted statements declaring, “I would not have attended TJSL if I had known that it had inflated post-graduation employment statistics.”

TJSL denied inflating the numbers, stating that the plaintiffs are unable to present evidence showing the misrepresentations were material, substantial factor in their decision to attend TJSL.

The San Diego law school also argued employment numbers were not material to the plaintiff’s enrollment decision because the students were only admitted to the school, and the statistics were only one of many considerations to attend.

The judge disagreed, stating the plaintiffs still had a choice to attend TJSL and employment numbers do not need to be the sole determining factor in making a decision.

On the remaining motions, the judge ruled that the law school failed to meet its burden to show the figures were in fact true.

Instead of doing so, the only evidence the school presented was an affidavit from the school’s dean stating she was not aware of a time where the school misreported employment figures. The judge ruled this was insufficient to prove whether the information was accurate.

Several suits have been filed against law schools including Florida Costal, Hofstra Law, Cooley Law School, and DePaul University and have all been dismissed by state courts. This case this one of the first to proceed to trial.