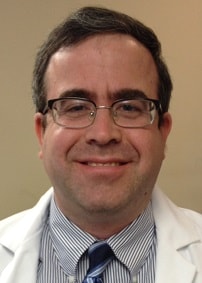 "We've found that there was an overall drop in the amount of paid claims across all specialties, but that the magnitude of the decline was markedly different by specialty," said Adam Schaffer, MD, a hospitalist at BWH and lead author of the paper.

This is the first analysis to evaluate paid claims by physician specialty at the national level. The findings are published in the March 27, 2017, issue of JAMA Internal Medicine.

Researchers report that the overall rate of claims paid on behalf of all physicians dropped by 55.7 percent. Pediatricians had the largest decline, at 75.8 percent, and cardiologists had the smallest, at 13.5 percent. After adjusting for inflation, researchers found that the amount of the payment increased by 23.3 percent and was also dependent on specialty. Neurosurgery had the highest mean payment, and dermatology had the lowest. The percentage of payments exceeding $1 million also increased during the same time period.

"Previous research has shown that physicians' perceptions of their risk of liability can influence their clinical decision-making, and a better understanding of the causes of variation among specialties in paid malpractice claims may both improve patient safety and reduce liability risk," said Allen Kachalia, MD, chief quality officer at BWH and senior author of the study.

Additionally, the authors report that the most common type of allegation was an error in diagnosis (31.8 percent of all paid claims), followed by errors related to surgery (26.9 percent) and errors related to medication or treatment (24.5 percent). Thirty-two percent of paid claims were related to a patient death, with pulmonologists most likely to be involved in a claim that involved a patient death. Plastic surgery and dermatology had the highest percentage of claims that were considered low-severity, with minor physical or emotional injury.

They note that their analysis is limited by the information available in the data sets that were used, the NPDB and the American Medical Association Masterfile. The AMA Masterfile provided the number of physicians by specialty, but does not account for clinical volume. The NPDB includes information about claims settled on behalf of individual physicians, but does not include data about claims for which no payment was made and for those settled on behalf of institutions.