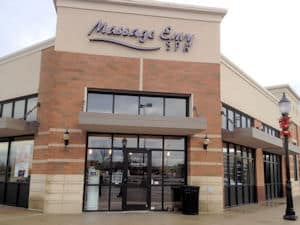 A woman who charges she was raped at a Massage Envy in West Goshen, Delaware, has sued the franchise for employing a man who is accused of sexually assaulting at least three women over several months. She charges that the chain had a policy that facilitated such assaults.

​The woman, whose name was listed as Jane Doe in the complaint filed in Philadelphia Common Pleas Court on Friday for privacy reasons, claimed in the seven-count suit that sexual assaults committed by massage therapists at Massage Envy locations is “a national epidemic,” with more than 50 reports of assaults by the chain’s employees in 15 states.

The complaint asks for more than $50,000 in damages for the woman, who it says was molested by massage therapist James R. Deiter during a session at the West Goshen spa in March. Deiter was arrested and charged with aggravated indecent assault and indecent assault.The alleged assault came after another unidentified woman complained to the spa’s management that Deiter had sexually assaulted her during a massage session.

The two attorneys who filed suit on Jane Doe’s behalf, Thomas Bellwoar of the West Chester firm of Luongo & Bellwoar and Brain D. Kent of the Philadelphia firm of Laffey Bucci Kent, discussed the complaint during an interview prior to its filing.

The franchise owners, Spa Dogs of West Chester, as well as the corporate owners, Roark Capital of Atlanta, Ga., should be held responsible for the assault because he was a company employee, and because the business knew he had been accused of improper behavior before, according to the complaint.

Read the source article at The Delaware County Daily Times