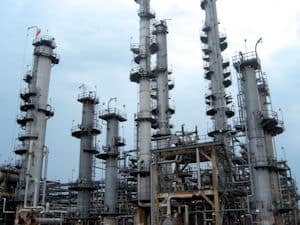 The New Hampshire Supreme Court affirmed today the $236 million jury verdict in favor of the State of New Hampshire against ExxonMobil for its role in contaminating the State's groundwater with the toxic compound MTBE (Methyl Tertiary Butyl Ether).

After the longest trial in state court history, a New Hampshire jury found in April 2013 that ExxonMobil was responsible for the widespread presence of MTBE in the state's drinking water.

The Attorney General in 2003 hired law firm Sher Leff PC in San Francisco to be co-lead counsel with the New Hampshire Attorney General's Office.  Sher Leff specializes in representing cities, states and other public sector clients to solve some of their most challenging contamination problems.

ExxonMobil knew of the risks

"Our goal is to ensure that the cost associated with the contamination of drinking water is paid for by those who are responsible for the pollution, not the citizens.  The Supreme Court's decision confirms what was presented to the jury – that ExxonMobil knew of the risks associated with adding MTBE to gasoline and failed to warn the State or the EPA about those dangers.  It sends a clear message to companies that they are responsible for the environmental consequences of their business decisions," co-founder Vic Sher said.

In the trial, the jury awarded the State of New Hampshire its costs of cleaning up New Hampshire's drinking water contaminated with MTBE.  The jury found ExxonMobil disregarded warnings from its own environmental engineers to not use the chemical on a widespread basis because of its threat to the nation's drinking water supply.

Vic Sher said, "Today's decision by the Supreme Court underscores the jury's conclusion that this problem could have been avoided and the citizens of New Hampshire should not have been exposed to the dangers associated with MTBE contamination."

The Supreme Court's decision upheld the allocation to ExxonMobil of 28.94% of the total $816 million verdict.  This was based on ExxonMobil's total share of MTBE gasoline that was distributed in the state.  All the other oil companies settled either before or during trial.