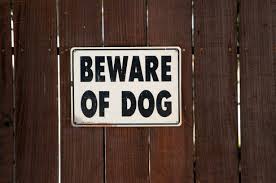 The Wisconsin District III Court of Appeals ordered a new trial to determine damages in a dog bite case due to an erroneous jury instruction. The jury instruction, which concerned contributory negligence and the emergency doctrine, caused the fact finders to improperly relieve the plaintiff dog bite victim of all liability.

Joan Kelly, the owner of a chocolate Labrador retriever named Moosie, brought suit after she was injured while interfering with a fight between Moosie and the neighbor’s dog, Princess. Kelly testified she saw Moosie hanging from Princess’s throat, but she also testified Moosie was swinging Princess back and forth. It was unclear on appeal how the dogs wound up together in Kelly’s yard.

Kelly testified, “If I had not intervened, [Princess] would have kill[ed] [Moosie]. There’s no doubt in my mind. … She was not going to let go until he was dead.”

Wisconsin’s strict liability dog statute is subject to contributory negligence. Kelly claimed she was not contributorily negligent under the tort law doctrine of emergency. Kelly alleged she did not play a part in the creation of the emergency, but the appellate court disagreed.

At trial, the court announced it would give a modified version of the standard jury instruction regarding the emergency doctrine. This instruction would essentially relieve Kelly from any contributory negligence if the jury found she had responded to an emergency.​

The defense objected to the pointed instruction by arguing it did not apply to the circumstances of the case. When the court proposed a special verdict form that would separate Kelly’s damages into those related to post traumatic stress disorder (PTSD) and those unrelated to PTSD, the defense again objected. The jury awarded Kelly more than $165,000 in compensatory damages.

On appeal the panel explained when the emergency doctrine is applicable. It reasoned that the doctrine is fitting when a person does not have sufficient time to make a deliberate and intelligent choice of action with regard to danger practically instinctive or intuitive.

Judge Stark, who wrote the opinion, explained the panel’s decision to reverse by writing,

“[I]n this case, Kelly indisputably had time to contemplate her course of conduct before acting. On this record, we conclude, as a matter of law, that Kelly had time to make a deliberate and intelligent choice whether to intervene. [T]he court specifically instructed the jury that Kelly would be relieved of any contributory negligence if the emergency doctrine applied. Under these circumstances, the result of the trial likely would have been different absent the erroneous jury instruction.”

The opinion holds Kelly in fact had plenty of time to consider her decision to intervene given the facts found at trial. The appellate court noted that if the circuit court itself was confused with the separation of PTSD and non-PTSD damages, the jury likely was also confused.

This erroneous verdict form error likely led to an improper jury determination on the issue of Kelly’s contributory negligence. The Wisconsin Court of Appeals remanded the bite case for a new trial due to the improper jury instruction on damages.

The case is Kelly v. Berg, in the State of Wisconsin Court of Appeals District III, Appeal No. 2014AP1346.