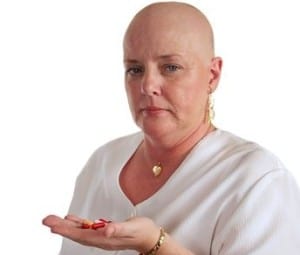 Sanofi-Aventis used misleading marketing to indicate that temporary hair loss could occur, but would grow back.

Cancer survivors around the country are filing lawsuits against drug manufacturer Sanofi-Aventis for its failure to warn about the risk of permanent hair loss with the use of its chemotherapy drug Taxotere.

The drug, commonly referred to as docetaxel, is a part of a family of drugs referred to as taxanes, which are used as chemotherapy agents that prevent cancer cells from growing and dividing.  Taxanes are used for the treatment of breast cancer, lung cancer, advanced stomach cancer, head and neck cancer, and metastatic prostate cancer.  There are several brands of taxanes that exist, including several generic forms.

The Taxotere lawsuits claim Sanofi-Aventis failed to warn patients and physicians of the increased risks of permanent hair loss, or permanent alopecia, even after treatment ends.  Sanofi-Aventis designed Taxotere to have an increased potency as compared to other taxanes, claiming that it was novel and merited for patent protection.  Because of its market exclusivity, Sanofi-Aventis was able to restrict competition and earn billions of dollars in revenues.

Marketed as superior to other chemo drugs

Although alopecia is a common side effect related to chemotherapy, Sanofi-Aventis used misleading marketing to indicate that temporary hair loss could occur, but would grow back.

One lawsuit alleges that Sanofi-Aventis knew of the increased risk of permanent hair loss because it disclosed the risks to patients and regulatory agencies in other countries, but failed to disclose the information in the United States.

Sanofi-Aventis further failed to disclose the results of additional studies it conducted that provided new facts about the risks associated with Taxotere use.

Research findings published by the National Cancer Research Institute found that 10-15 percent of patients who received Taxotere suffered from permanent hair loss.  Another study found that severe alopecia – an emotionally distressing side effect among female patients – was a reported complication of treatment with the drug.

The lawsuit states the Taxotere manufacturers “prayed on one of the most vulnerable group of individual’s at the most difficult time in their lives” and earned billions of dollars of revenues at the expense of “unwary cancer victims simply hoping to survive their condition and return to a normal life.”

The lawsuits state that if Sanofi-Aventis had properly warned patients and physicians of the increased risk of permanent alopecia by using Taxotere during chemotherapy, they would have been prescribed a different chemotherapy drug called Taxol, which is more effective than Taxotere, and does not result in permanent hair loss.

At this time, there has not been a recall of Taxotere, however the U.S. Food and Drug Administration acknowledged that Taxotere can result in permanent hair loss and required that the manufacturer place a warning on the label in December 2015.

Individual lawsuits have been filed, but there has not been any large group settlements involving Taxotere.  It is likely that the individual lawsuits will be combined in a multi-district litigation (MDL) case.

Grounds for filing a Taxotere permanent alopecia lawsuit include;