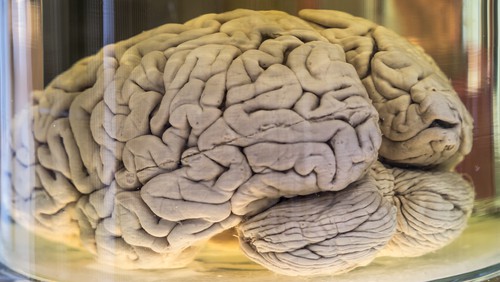 Classmates of teen discovered retained brain during a field trip to the autopsy room.

The New York Court of Appeals ruled that a family is not entitled to the $600,000 emotional distress jury verdict awarded to them after they received their teen son’s body for burial, unknowingly, without his brain.

The court dismissed the case ruling that a medical examiner is not obligated to inform a decedent’s next of kin that organs or tissue have been retained for further examination, even when the body is returned to the family for a burial.

The “tragic and unfortunate events” that gave rise to this case occurred in Staten Island, NY on January 9, 2005 when 17-year-old high school student Jesse Shipley was killed in a car accident.  Dr. Stephen de Roux, the New York City Medical Examiner, completed the autopsy on Shipley's body. During the autopsy, de Roux, also removed Shipley’s brain and other tissue.

Shipley’s brain was “fixed” in formalin fluid to allow for the proper analysis of brain tissue in a neuropathological examination, according to court documents.  Additional examinations are “routinely” performed after the body has gone through an autopsy and is released for funeral services.  Shipley’s funeral was held on January 13, 2005.

Shipley’s brain, however, was not analyzed by neuropathologist, Dr. Hernando Mena, until March 9, 2005.  The medical examiner's routine practice was to accumulate at least six brain specimens before contacting Mena to conduct the exams.

Mena's examination on Shipley's brain indicated that he had died from “multiple blunt trauma to the head” according to court documents.  Unfortunately, Shipley’s family learned of his preserved brain from classmates of Shipley’s who saw the jar containing his brain and labeled with his name during a field trip at the mortuary they took for a forensic science class.

The students from Shipley’s high school told his surviving sister, who told her parents, that Shipley’s brain was in a jar at the Richmond County Mortuary, where his autopsy was performed.

The lower court found that the medical examiner did have an obligation to tell the family that when the body was available for burial, some of the organs were removed for further examination.  At trial, the jury awarded the Shipley family $1 million in damages, which was later, reduced to $600,000.

The City of New York appealed the decision, and the state’s highest court reversed the decision and jury verdict and dismissed the case.  The court determined that the medical examiner is required to turn over the “remains of” the decedent's body to the next of kin for burial, but that the plain language of the law did not require the specific words of “tissue, organ or part thereof” to be returned to the next of kin.

Within medical examiner's discretion to disclose

The court found that absent specific language to return more than the remains of the deceased, it is within the medical examiners discretion to determine what organ and tissue samples to retain.

It is also up to the medical examiner to determine whether to inform the decedent’s family whether the body had been returned without the organ or tissue specimens.

“There is simply no legal directive,” said the court, requiring medical examiners to return organs or tissue retained during an autopsy and his obligation is fulfilled once he returns the deceased body to his next of kin after a lawful autopsy has been conducted.

The case is Andre Shipley et al., v. City of New York et.al., in the Supreme Court of New York.