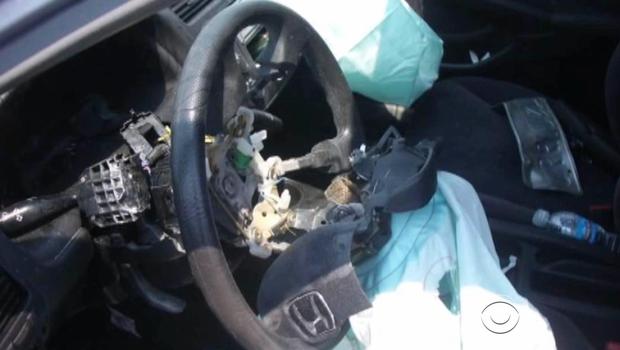 Houston, TX, attorneys Mo Aziz and Scott Armstrong of Abraham, Watkins, Nichols, Sorrels, Agosto & Friend are representing the parents of 17-year old Huma Hanif who was killed on March 31, 2016, by the defective airbag system in her 2002 Honda Civic.

Nomaan Husain and Omar Khawaja of Husain Law + Associates, PC and Ali Zakaria of Ali Zakaria & Associates PC are also part of the family’s legal team. The attorneys have filed suit in Harris County against TK Holdings, Inc., American Honda Motor Co., Inc., and the dealership that sold the vehicle for the defective design, marketing, manufacturing, testing, and distribution of the vehicle and its accompanying airbag system.

On March 31, 2016, Huma Hanif was involved in a motor vehicle accident in Fort Bend County. Upon impact, the ammonium nitrate in the airbag detonated, causing the inflator to fragment and metal shrapnel to be forced through the airbag. The metal fragments struck Huma in the neck, killing her.

Takata airbags are defectively designed because they use ammonium nitrate as an airbag propellant. Ammonium nitrate is dangerously unstable and highly sensitive to temperature changes and moisture. The chemical is classified as an explosive in certain circumstances and is used as an illegal bomb making material. It has been known for decades that ammonium nitrate goes through thermal cycling that leads to its degradation and makes it more susceptible to detonation.

“Ammonium nitrate is the same hazardous material that destroyed Texas City in 1942 and devastated the City of West in 2013,” according to Aziz, who also serves on the Plaintiffs’ Steering Committee in the West Explosion Litigation.

To learn more about the lawsuit or to contact Mo Aziz, call 713-222-7211 or email him at maziz@abrahamwatkins.com.