TX Cow in The Road Case: Appeal by Doc Corralled and Dismissed 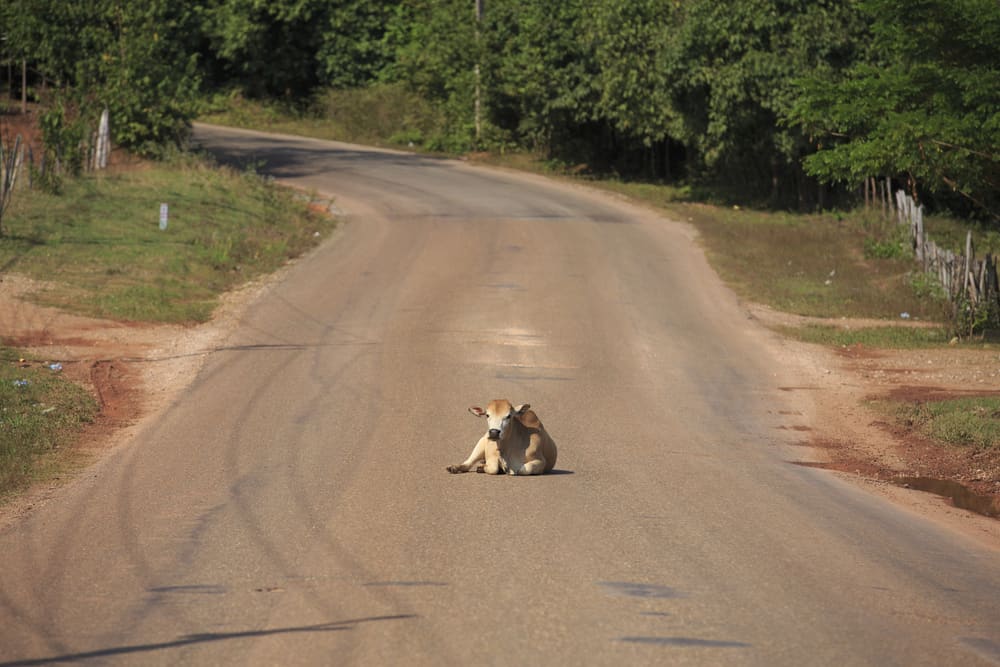 Do Texas statutes regarding a physician's departure from standards of safety govern the doc's errant herd of cattle? No way, says an appeals court that sanctioned him.

What happens when a cow crosses the road in Texas?

It can lead to bizarre litigation on whether state medical malpractice laws protect a doctor who tried to weasel out of a lawsuit brought by a man who crashed into the cows and was injured.

The Fifth District Court of Appeals in Dallas not only dismissed an appeal by the cattle farmer, who is also a retired doctor, but also awarded the plaintiff $2,205 in attorney fees for having to fight the frivolous appeal.

Plaintiff Bobby Tunnell of Texas was the passenger in a pickup truck that struck at least one loose cow in a road in August 2011, causing the truck to roll over eight times. He filed a negligence, negligence per se and violation of safety standards action against the cattle owners, including Richard K. Archer, MD.

Among the doc's many defenses was a wacky claim that a suit over a departure from safety standards was really a health care liability claim, with limited recovery allowed under state med-mal tort reform laws.

No Grounds for Appeal

The doc's motion to dismiss failed and he appealed. Meanwhile a state supreme ruled that there "must be a substantive nexus between the safety standards allegedly violated and the provision of health care." Ross v. St. Luke’s Episcopal Hospital 462 S.W.3d 496 (Tex. 2015).

Doc Archer persisted in his appeal that he should have the broad protections given to physicians under the medical malpractice tort reform in Texas. Tunnell called the appeal “patently frivolous” because it was based on an argument that was overruled by the state supreme court.

An appeal is frivolous “when the record does not provide reasonable grounds for the advocate to believe that the case could be reversed.”

The appeals court cut the discussion short, holding that no statute permitted an interlocutory appeal in the first place, and dismissed it -- adding that his additional argument that ERISA pre-empted the case was frivolous.

Tunnell's lawyer said in an affidavit that he spent 6.3 hours at $350 per hour fighting the pointless appeal, and requested $2,205 in fees.  The appeals court granted Tunnell's request for damages.