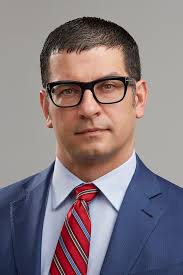 A 30-year old house painter who suffered a traumatic brain injury and aortic injury when his car was struck at a Texas intersection by another vehicle that negligently ran a red light has recovered a $26 million settlement.

Bessy Rodriguez filed suit on behalf of herself, her incapacitated husband Jose Lara Sanchez and their two children in connection with the 2010 crash in Mt. Pleasant, TX. The defendants are Jonathan Cunningham, driver of a pickup truck, and his employer Troy Construction, LLC, which owned the truck. It is Case No. 38,742 in 276th Judicial District Court of Titus County, TX.

The plaintiff's attorney is Brent Goudarzi of Goudarzi & Young, LLP in Gilmer, TX. The case involved 34 depositions taken all over the US as well as more than 20 highly contested court hearings prior to the insurance company Berkshire-Hathaway offered is $26 million insurance policy limit, about five weeks before a jury trial.

Mr. Lara was transported by ambulance to a local emergency room, with a Glasgow Coma Score of 3 and from there, airlifted to a second hospital for more comprehensive evaluation and care.  A CT scan revealed a fracture of the right temporal bone and right-sided epidural hematoma, with underlying subarachnoid hemorrhage.

He underwent an emergent right triple craniotomy, and two days later, underwent endovascular repair of a traumatic transection of the descending thoracic aorta.  For the next three weeks, Lara was weaned off sedation and managed for rib fractures, scapula fracture, left acetabular fracture, bilateral pulmonary contusions and pneumonia.

While the plaintiffs alleged the need for lifetime medical care and the inability to return to any level of employment, the defendants alleged that a short course of appropriate outpatient therapy at an accredited rehabilitation facility would provide Lara with independence, including the potential to return to driving and return to working. This allegation was supported by surveillance video conducted over the course of multiple days, which showed Mr. Lara walking unassisted and unsupervised outside of his home, engaging in family outings, communicating with neighbors and even assisting with automotive maintenance.

The defendants also claimed contributory negligence on the part of Lara for the alleged failure to use a seatbelt, which caused his ejection and the right temporal bone fracture, hematoma and hemorrhage and most, if not all, of his residual physical symptoms, which were primarily left-sided (and controlled by the right side of the brain). Had Lara not been ejected, defendants alleged, he would have sustained no brain injury.